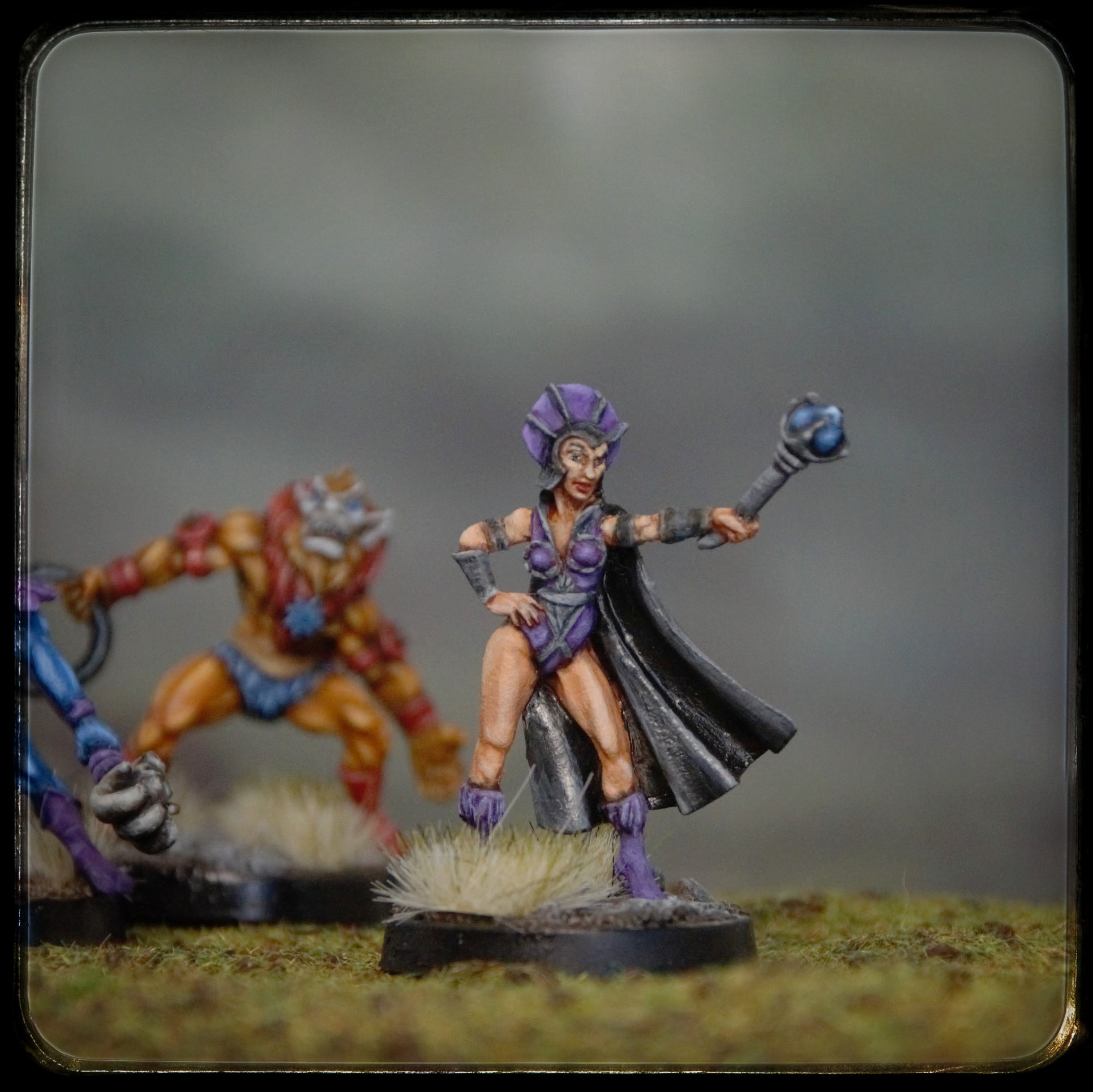 Evil Lyn is the only female companion of the sinister Skeletor and, despite all loyalty, is equipped with her own ambitions to rule. The sorceress is an indispensable part of the Evil Warriors – consequently she is also part of the first MotU set by Quest Miniatures. As previously mentioned, I am not a MotU nostalgic. I have only seen a cross-section of the Filmation cartoons and have no deeper impression of Evil Lyn. Possibly there was never an opportunity to do so either? In the course of “Masters of the Universe: Revelations” it has been praised that many side characters finally get more profile. This is also true for Evil Lyn. Especially the ambivalence between loyalty and ambition is nicely thematized. At this point of the first season (1st half) I can’t do anything with her transformation towards the end, but maybe this corresponds to the spirit of the old cartoons: (SPOILERS) Evil Lyn tells Teela that she hated standing in Skeletor’s shadow and that she is glad that he is dead. When Skeletor reappears, she immediately stands behind him again – hesitantly, but without much ado. Was the dialogue before just a feint? If it would have been honest before and the sudden subordination would have been only weakness to stand against him, then this would not have fit to the character, as it was presented to us. Perhaps it will be presented in a more differentiated way in the second half of the season. By the way, I really like Lena Headey’s dubbing of Evil Lyn. Should there be a MotU live-action film adaptation at some point, she would be a great cast in general.

I like the sublime posture that Boris Woloszyn has once again fashioned here. She looks like an upright, self-confident competitor and not like a squat assistant. The left arm was separate and had to be glued on. Often you see it lowered more, but I chose a raised pose to emphasize her power.

Most anticipated movie in theaters in October: