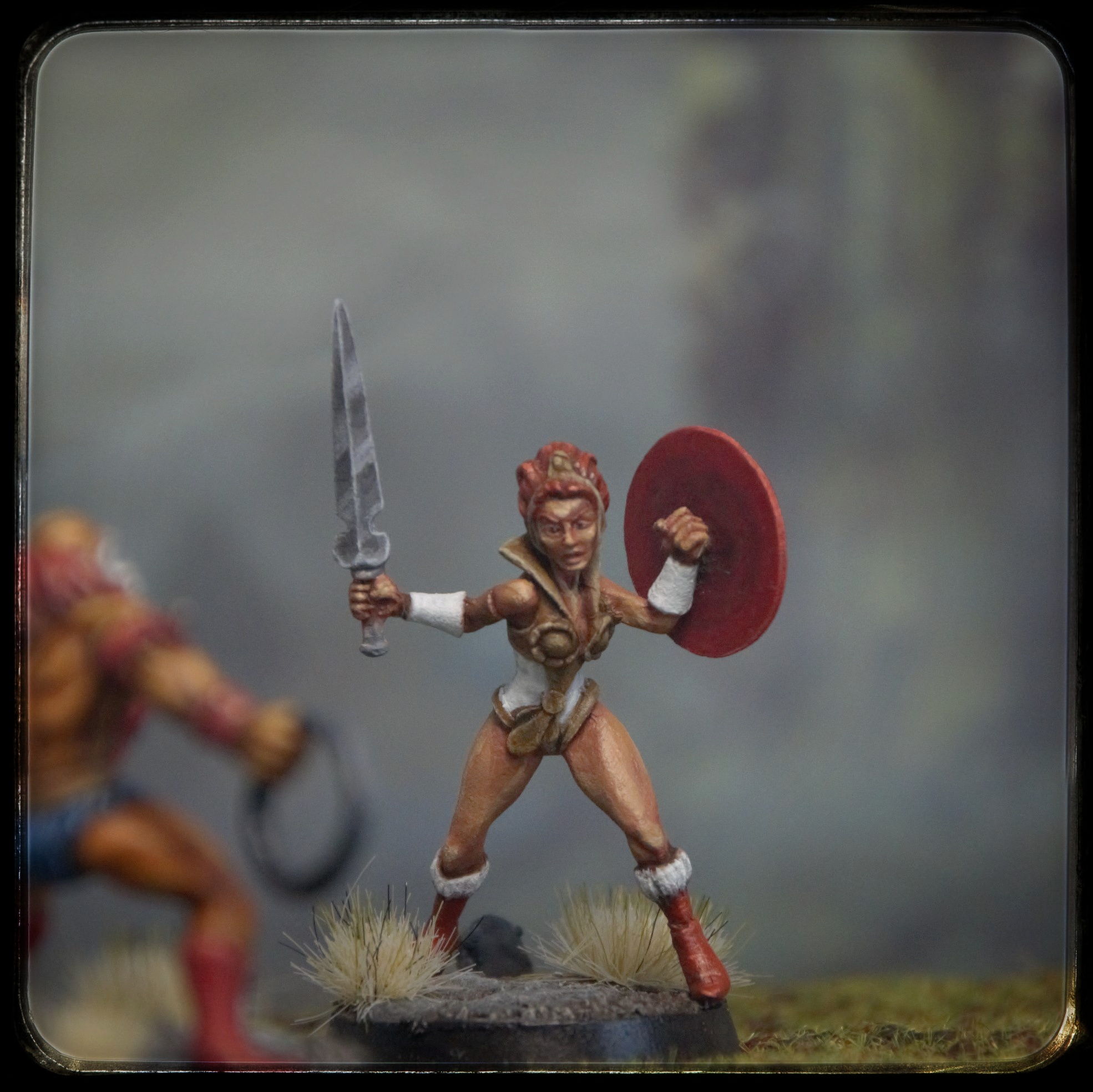 Teela is one of He-Man’s most capable companions finished. In particular, the new Netflix series “Masters of the Universe: Revelations” gives her a lot of space and further elaborates the character, partially redefining it. Not every viewer likes the changes or generally the strong presence of the character. Since I’ve only seen a little of the original series and have no nostalgic connection to it, I won’t allow myself a comparison. They weren’t particularly fleshed-out characters, but don’t kid yourself – selling toys was always in the foreground in MotU, good stories and exciting characters were rarely the point. I am satisfied with the reinterpretation. I was well entertained by this first part of the first season, even if I have my criticisms. It was quite obvious what many old fans would be bothered by and I can understand that. For me it was still a pretty good reinterpretation and I’m looking forward to the second part. Maybe old fans can be reconciled – who knows what will happen?

Teela also comes from the first MotU set by Quest Miniatures with sculpts by Boris Woloszyn. She is nicely sculpted, though I only moderately like her pose. I assume Boris was trying to hit a dynamic pose, which he is so masterful at these days. I see this Teela miniature as a work of his on the way to the top. No doubt he would hit it better today. Again, I like that fact. To own an older work by a favorite artist that symbolizes a process of development for you personally, I think is somehow quite beautiful.

My painting I like unfortunately also only mediocre, with the white I’m not well managed and the NMM of the sword has become nothing. Well, I’m learning too and hopefully I’ll get better!