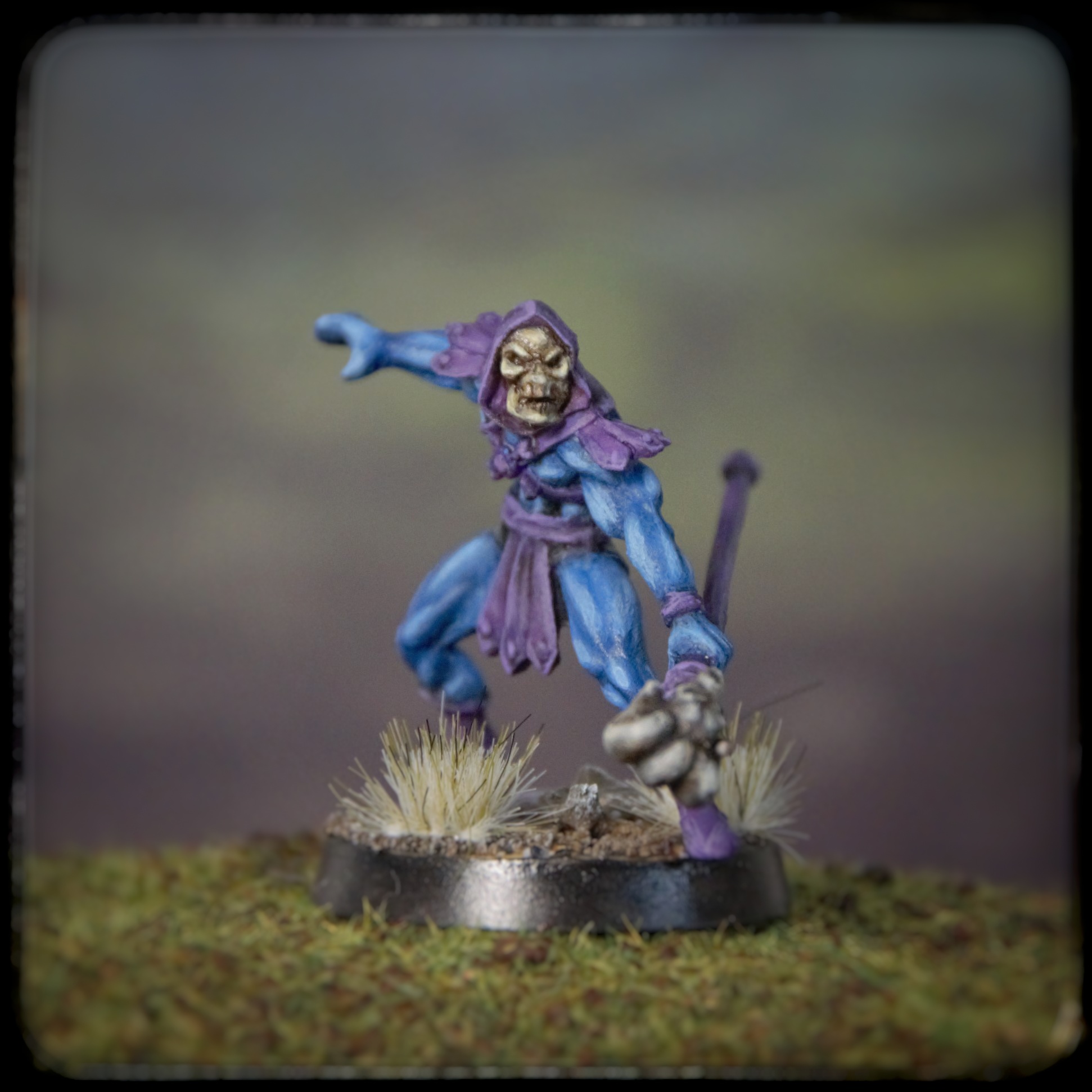 After He-Man, the next Masters of the Universe figure was of course only one: the dreaded Skeletor. The miniature is also from Set 1 by Quest Miniatures and represents the prelude to the Evil Warriors. The plan now is to alternately paint good and evil.

Skeletor came with a stickable hand with a staff, but without any other options. Whether the original action figure had further options, like He-Man, I don’t know at all. Anyway, assembling it this way was easy and I decided to position the staff head low. Together with He-Man it now looks wonderfully dynamic for a duel with movement and parry. I like Skeletor’s miniature maybe even a bit better than He-Man’s. He really is wonderfully done, dynamic and vicious, plus he looks shifty. Again, I went with the original colors and tried to make them a little more realistic without losing the pop.

By the way, I’m especially looking forward to Skeletor in the new Netflix series, because he is voiced by Mark ‘Luke Skywalker’ Hamil. I like Hamil anyway, but his work as a voice actor is in a class of its own. Legendary, of course, is his role as the Joker in the Batman Animated Series. So I’m really curious to see how he will interpret Skeletor.