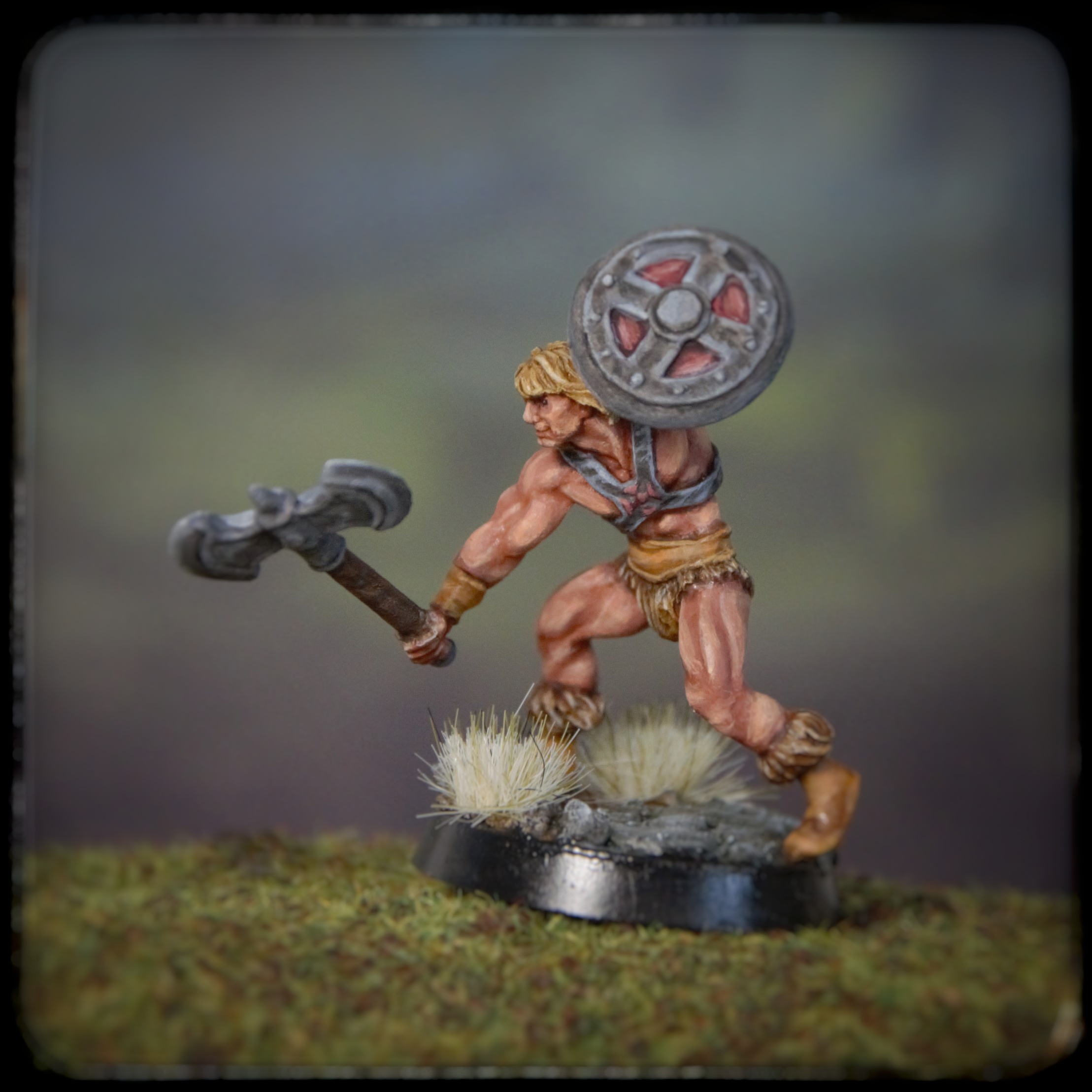 It’s overdue to finally paint my Masters of the Universe models from Quest Miniatures. First I started with He-Man himself, of course.

The mini is modeled in dynamic fighting pose by Boris Woloszyn. He-Man came separately with sword in hand, battle axe, sword sheath and shield. Apparently, this corresponds to the equipment that came with the original action figure at the time. I converted him slightly and put the battle axe in his hand. Actually, the sword hilt should still be modeled into the sword scabbard, but it has not yet worked out as desired. Currently, the back remains free. Let’s see how I will succeed.

I decided to use the battle axe according to Whyte Knight’s example. I did not want to glue the battle axe somewhere and also did not want to do without it. That’s why the conversion seemed to make sense to me. I also have a Prince Adam and a He-Man miniature each in legendary “I have the Power” pose, which I will paint later, so the sword will make it’s appearance.

I painted He-Man based on the classic design, but I wanted to make him a little more realistic in color. I also decided to paint all MotU models with NMM. The figures are not painted with metallic colors, but the metallic effect is simulated using gray, white and blue tones. Quite elaborate and I’m not skilled at it, but I hope that this way the figures will look similar to the plastic elements of the original action figures. I’m very happy with the result so far – the start of the collection is done.