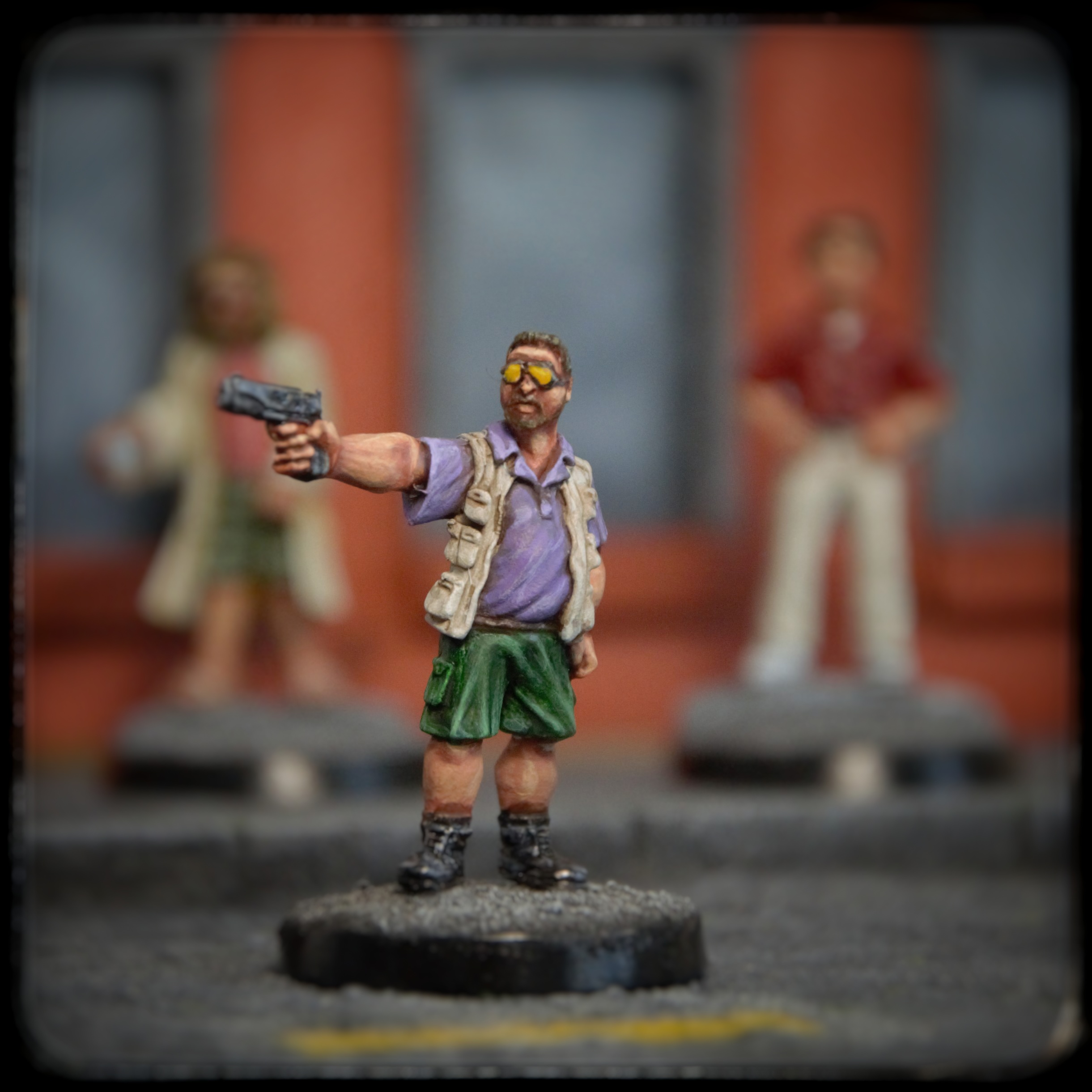 Donny and Walter, what a duo! Both combine whimsical-humorous and at the same time tragic in themselves, but their joint moments are among the funniest in an already ingenious film. When Donny tries to change things for the better with always well-intentioned, sometimes naive, sometimes clever ideas and suggestions and Walter just doesn’t want to know anything about it. Or when Walter once again forgets himself and can only suppress his rage with extreme restraint – well, sometimes not: “Shut the fuck up, Donny!”

Walter is clearly the audience favorite: an unforgettable character you think you know, despite his overacting. Walter also has the best one-liners. Can’t we all quote a few off the cuff?

Needless to say, I had to have miniatures of both when I knew they existed. They are from Impact Miniatures as is the Dude. While Walter is a very nice, accurate figure that captures the character perfectly, I’m not really happy with Donny.

The mini is the most oldschool of the three, the proportions don’t quite fit and the face is relatively rough. Unfortunately, Donny has clearly modeled eyebrows, which turned out quite thick. I unfortunately didn’t attach any importance to this and only realized when I was painting them that they were far too thick, but I couldn’t leave them unpainted either. I think I tried too much to correct Donny’s face and get it in the direction of Buscemi. The result is so-so, but I’m very happy with Walter for that.