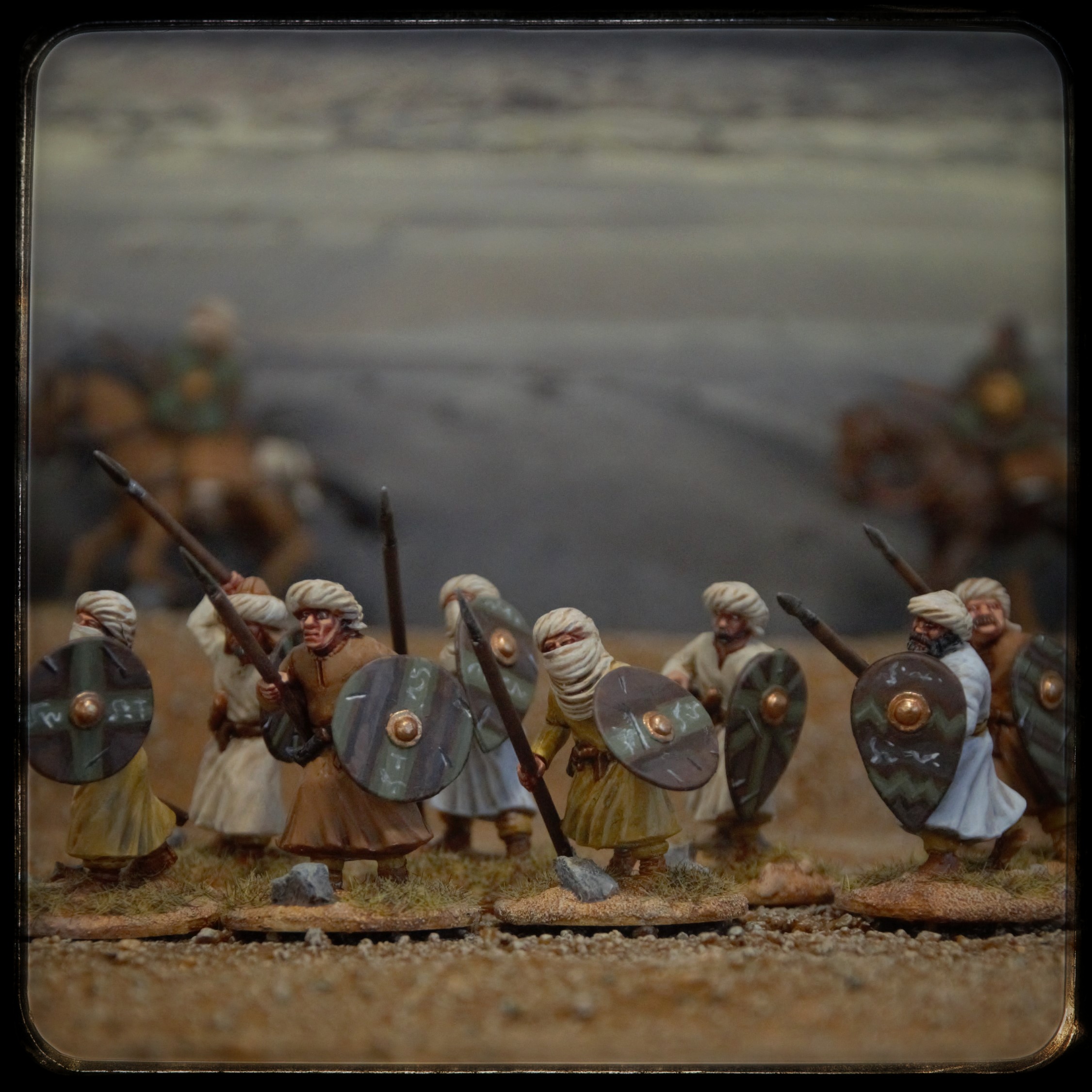 The Armies on Parade for Saga is coming to an end and I haven’t written anything about it for ages. Well, I didn’t manage finishing it. In March the motivation left me. First I didn’t have time, then I wanted to paint something else, then I half-heartedly did it and then it was doomed to failure. I can paint under pressure when I feel like it and when the circumstances are right. But if I have lost my painting mojo, then it just doesn’t work. There was one point of warriors to paint, 8 miniatures, completely manageable. In groups of two, I gave my Moorish warriors different base colors for the robes, all pretty light. I wanted to shade them all, but didn’t feel like mixing something individually for each base color, so I just helped myself with brown wash and applied it uncharitably. Laziness rarely pays off. It does what it’s supposed to, but it looks messy and just not good. Time pressure and the desire to get it done made me correct it as best I could and finish the figures. In the meantime, I’ve talked myself into believing that the warriors only have to work in the masses anyway. Sure, they’re just warriors, they’re a group, they’re not painted like a character model anyway. But if I myself have the feeling that I just want to get it over with, then that just doesn’t give me anything.

Finally, the warriors are finished. The overall impression is that they’re okay, but individually I don’t like them at all. This was not due to lack of skill, it was simply me, little time and “no desire”. But that’s not the way I want to do my hobby and the Minis don’t deserve that. The experience dragged me down and the prospect that it would have to continue with the next point in the following month frustrated me so much that I decided not to do it anymore. I don’t know what’s going on with that.

I started the Armies on Parade competition privately with Fabian from german podcast “Krauthorn”; after teething problems, we slipped into the official Armies on Parade with renewed vigor and expected more momentum from it. When I told Fabian about my abortion, he reported absurdly similar things. It just doesn’t work out. Maybe we are both not historical painters? But my Moors are already quite unhistorical…

Let’s see what the future brings. I haven’t really continued since March and I don’t think that will change in the foreseeable future. I don’t want to bury the project. It should be finished at some point.
Have you had similar experiences? Is there a project that you just couldn’t get off the ground and that has been collecting dust for a long time or is still unfinished? Feel free to write it in the comments! Reading this would certainly be healing for my hobby soul 🙂