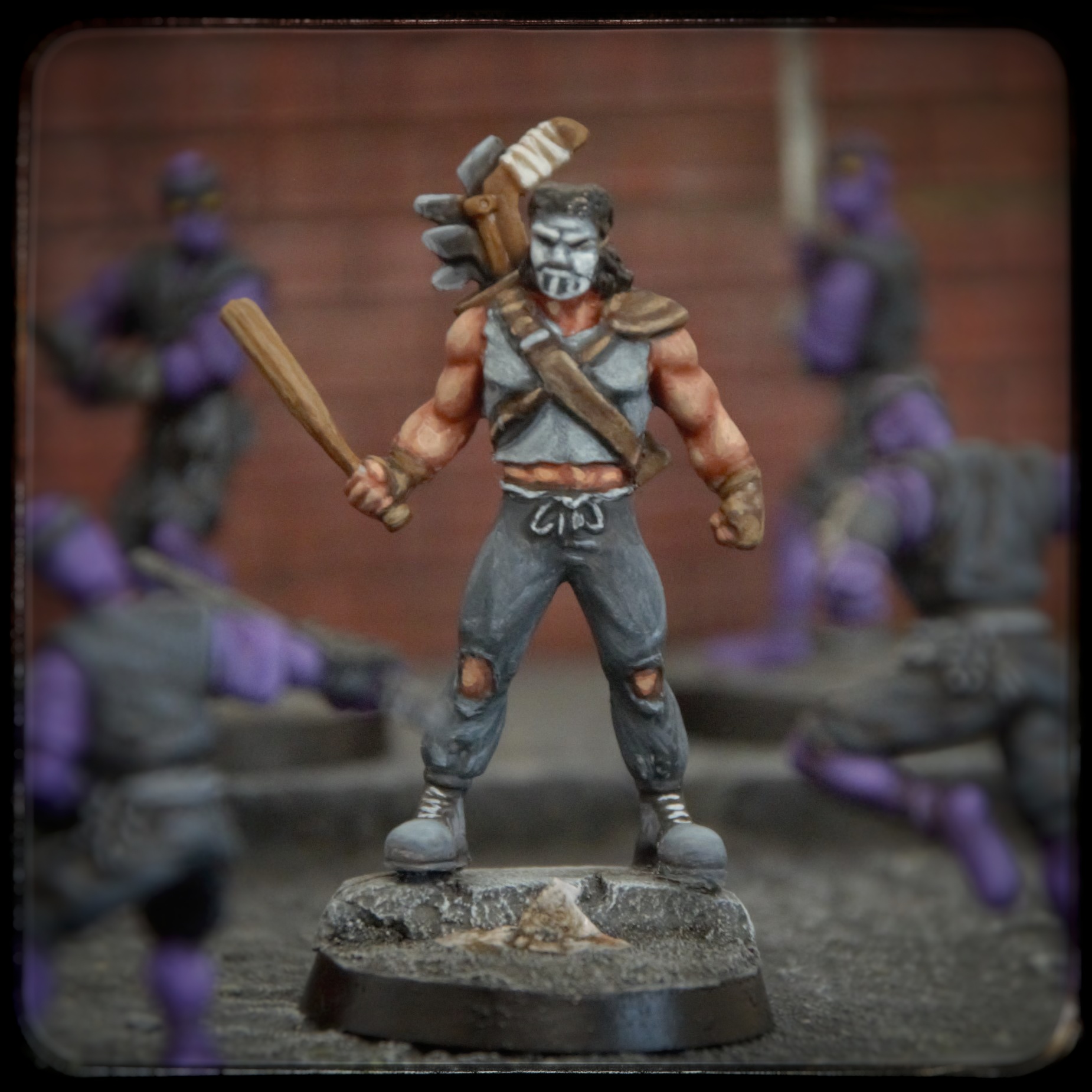 After the recent strengthening of the Foot Clan, it is overdue that the Turtles also gather their allies around them. The first newcomer is a classic character from the early days of the series and has been indispensable ever since: Casey Jones. The rebel, who beats up his opponents with snappy sayings, an ice hockey mask and various sports equipment, has always acted as a human sidekick and a bit of an identification figure. In the past I was never clear about his role, but that changed when I read the original comics. I’ve become more aware that he brings human problems into the stories. Where the Turtles also deal with family conflicts, but are otherwise not rooted in ordinary everyday life, Casey brings classic motifs of young people: Conflict with parents, searching for one’s place in life, financial woes, fear of the future. Where April O’Neil is smart and charming, Casey brings other strengths and weaknesses, so that the Turtles are complemented by two different, human sidekicks, resulting in interesting stories. In short, Casey had to be in my collection, too.

Casey is again a Heroclix model that I repainted. There is not much to say about him either. The quality is okay (it’s just not a finely cast miniature meant for painting), but the painting worked out pretty neatly. I tried to paint him a bit more contrasty to make him look more comichy. I think I succeeded quite well.