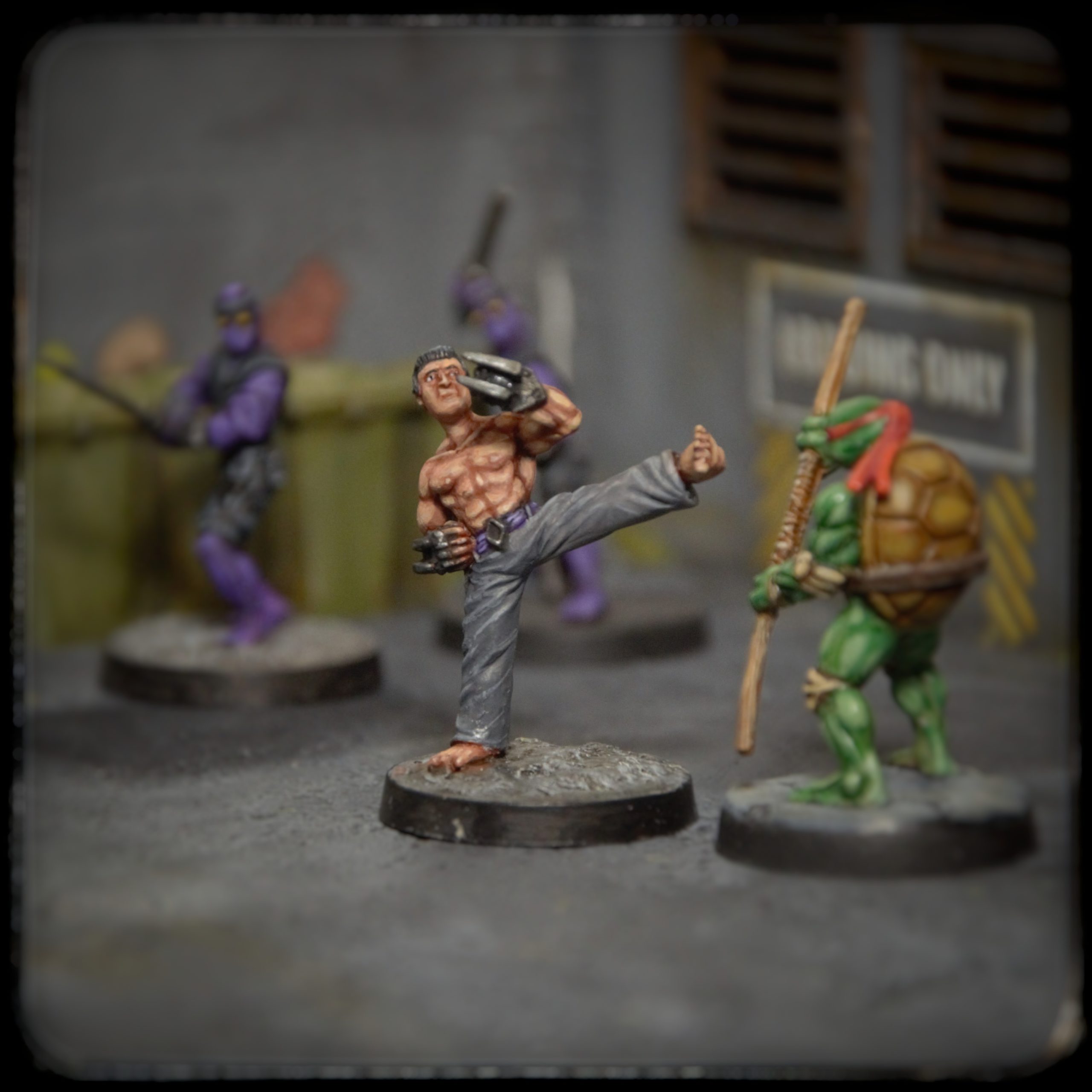 As the last new addition to the Foot Clan for the time being, I painted an alternative miniature for Shredder. I didn’t really need it, but I just like the figure and found the idea quite funny that Shredder fights “hard” when he’s in trouble. In fact, until just now I thought that in the 1990 Turtles movie, Shredder really does fight bare-chested at the very end and even gets hurt. Obviously this is not the case:

No matter, I like the idea anyway. I had painted my Shredder in the colors of the 80s cartoons and have now adopted this. He should look like he just took off his clothes. Deviating, I just gave him a purple belt so that the purple theme of Footclan at least shows up somewhere. Still, this figure can be used loosely in other contexts, as a thug of another villain for instance.
The figure is once again from Crooked Dice and fits perfectly into the collection so far. The Foot Clan now looks like this (with the original Shredder):

Growth for the Turtles is urgently needed! How about a mobile vehicle?