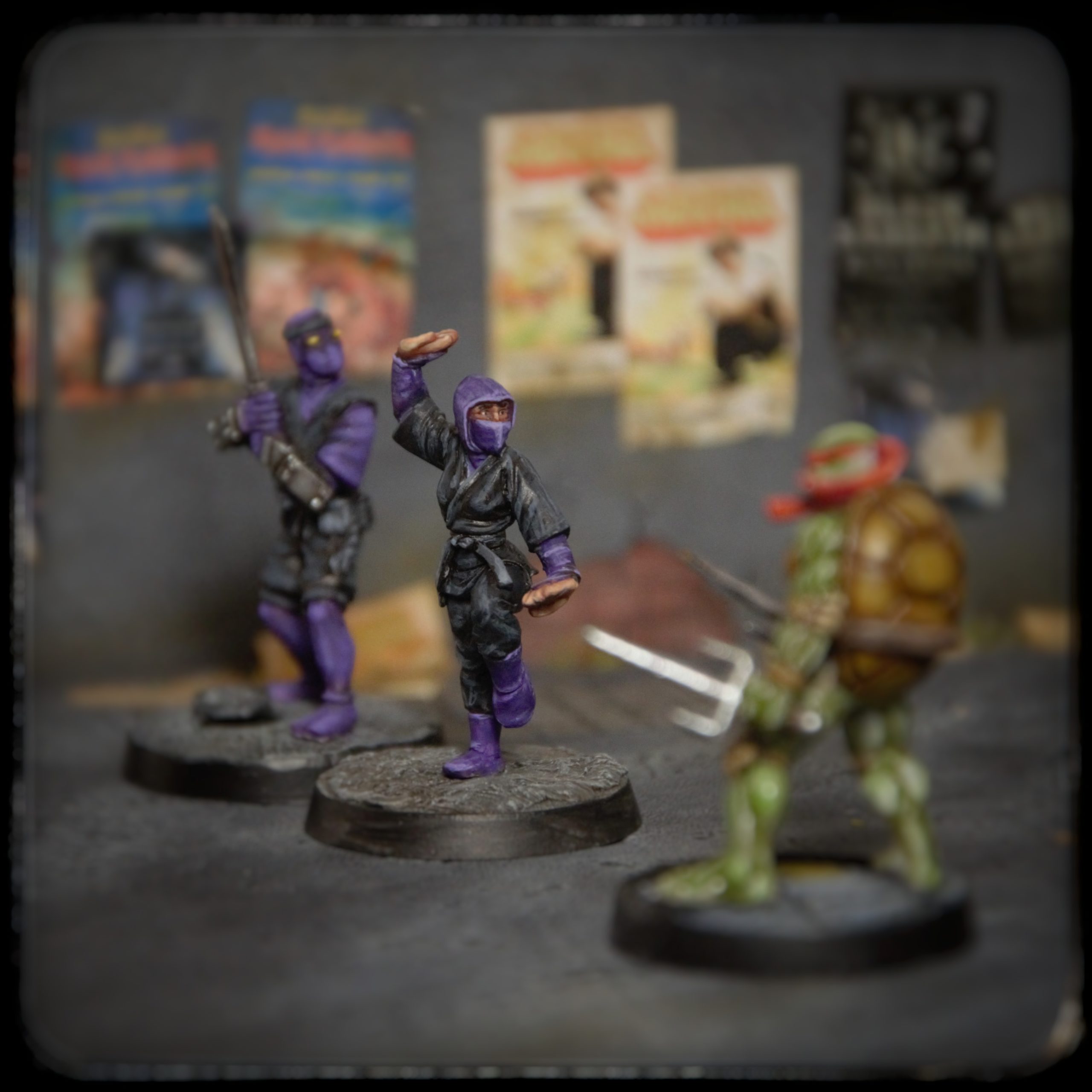 Further support for the Foot Clan comes in the form of Karai. Until a few years ago, I didn’t even know her as a character, as she didn’t appear in the original comics, the ’80s series, or the movies. To my knowledge, she was introduced in a later comic series and then in a later cartoon series. I first encountered her a few years ago when I read the really good comic reboot at IDW in which she plays a fairly supporting role. I found the idea of using her as a co-star on “7TV” alongside Shredder charming – someone capable he needs alongside him.

The miniature is from Hasslefree and has design technically nothing to do with the franchise, it is simply a female ninja. However, I liked the idea that she fits in with the Foot Clan in terms of color, but is still visually independent. I therefore painted her like the rest and made no other adjustments. For me, she works wonderfully that way.