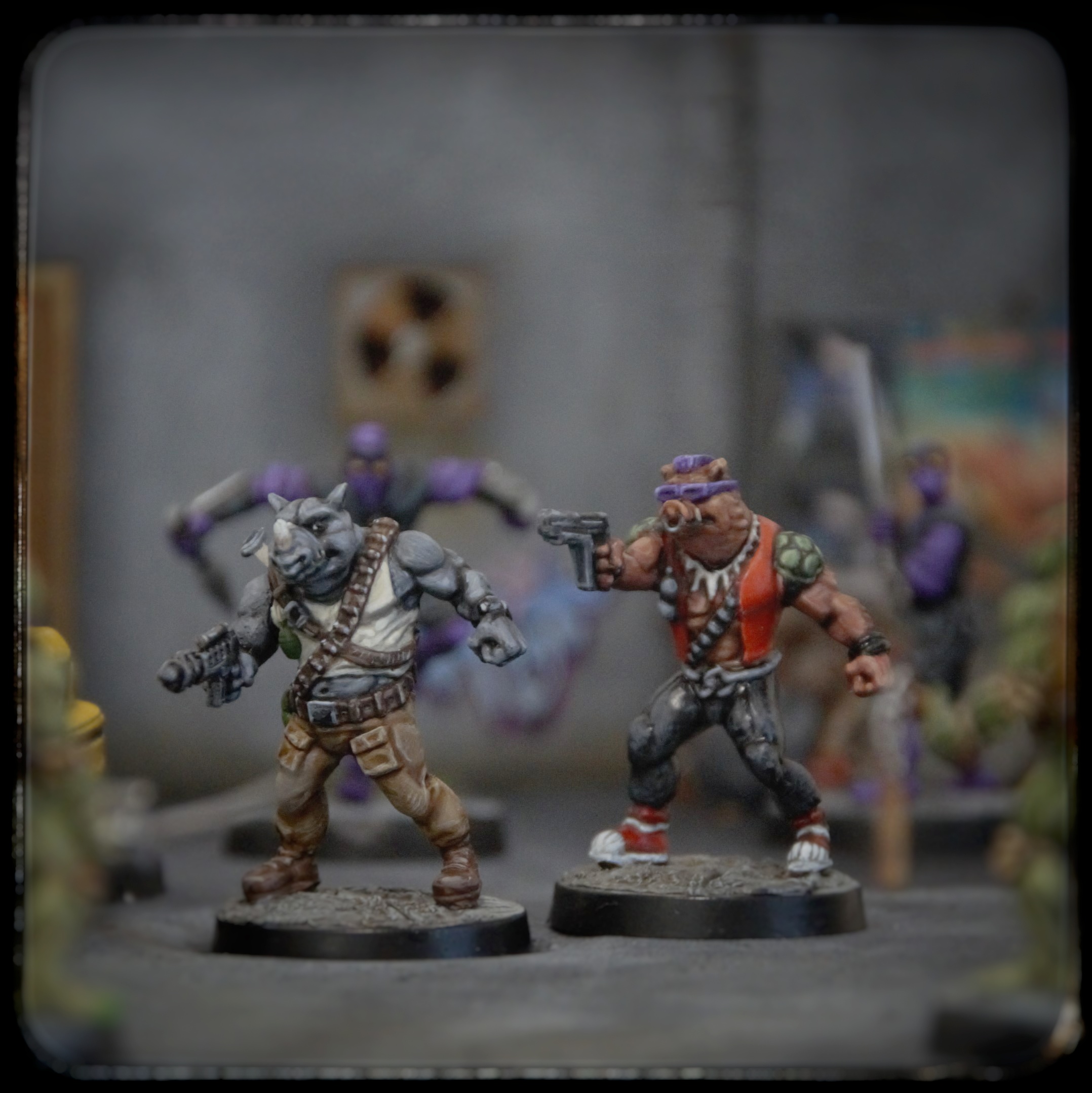 A powerful addition to Shredder and the Foot Clan! With Bebop and Rocksteady, two cult characters from the Teenage Mutant Ninja Turtles cosmos enter the field. Having grown up with the 80s/90s cartoons, these two have always been integral parts of the franchise for me. A few years ago, I discovered the original comics for myself and had to realize that Rocksteady and Bebop were actually created for the series in the first place. I haven’t seen the cartoons since I was a kid and suspect it’s a nostalgic memory and the series may have aged poorly. Still, I was happy to see them in the so-so Michael Bay reboots. Their qualities (dumb musclemen, a lot of spunk and stupid questions) fit a Bay movie perfectly, so I thought their characters were better suited. By the way, they were supposed to appear in the movie Turtles II – The Secret of the Ooze, but for legal reasons they couldn’t, so they invented Tokka and Rhazar.

In any case, Bebop and Rocksteady had to be in my collection. It made sense to use the Heroclix templates here as well, since they are designed true to the original and fit in perfectly with the rest of the collection. They could be a bit bigger, but I don’t think they were as huge in the cartoon as in other incarnations. Of course, Heroclix figures are not tabletop miniatures and there are inevitably limits to what you can paint, but I’m very happy with the result.