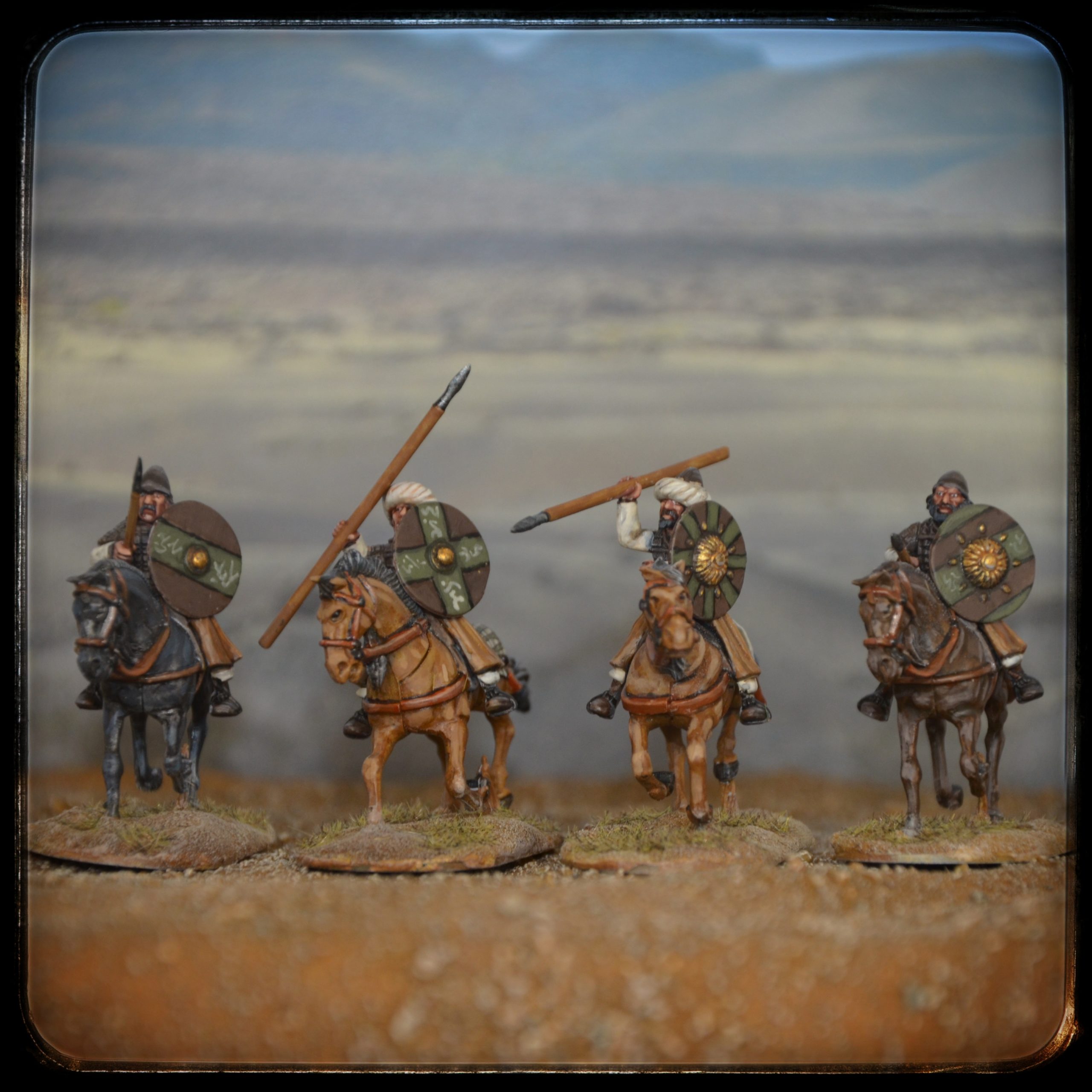 Finally it continues with my Moors for Saga. Fabian from the podcast Krauthorn and I had decided in the summer to simply make up for the missed official Armies on Parade by Stronghold Terrain and host our own little Armies on Parade in the second half of 2020. After a good start, we were abruptly stopped by an accident and, despite recovery, couldn’t get back on track. That’s how it goes sometimes. Now in the new year Stronghold Terrain have started a new Armies on Parade and we take this as an occasion and as a new momentum to be there now properly. I had already painted a point veterans for my Moors. First monthly task is now again a point veterans, so for me it goes right on with the miniatures.
Not much to say about them, they are the same models as the first point, they are still from the plastic box from Gripping Beast and I painted them exactly the same way to make them look uniform on the table. Again, I didn’t spend too much time on details and the individual model. A uniform, nice look of the army on the field is the focus. Also, of course, the army should each be painted on schedule as part of the army show and not weigh me down as a big task month by month so that I’m just fiddling with the one unit all month. My second point veterans is now finished and I am absolutely satisfied with the overall impression. On to the next point!