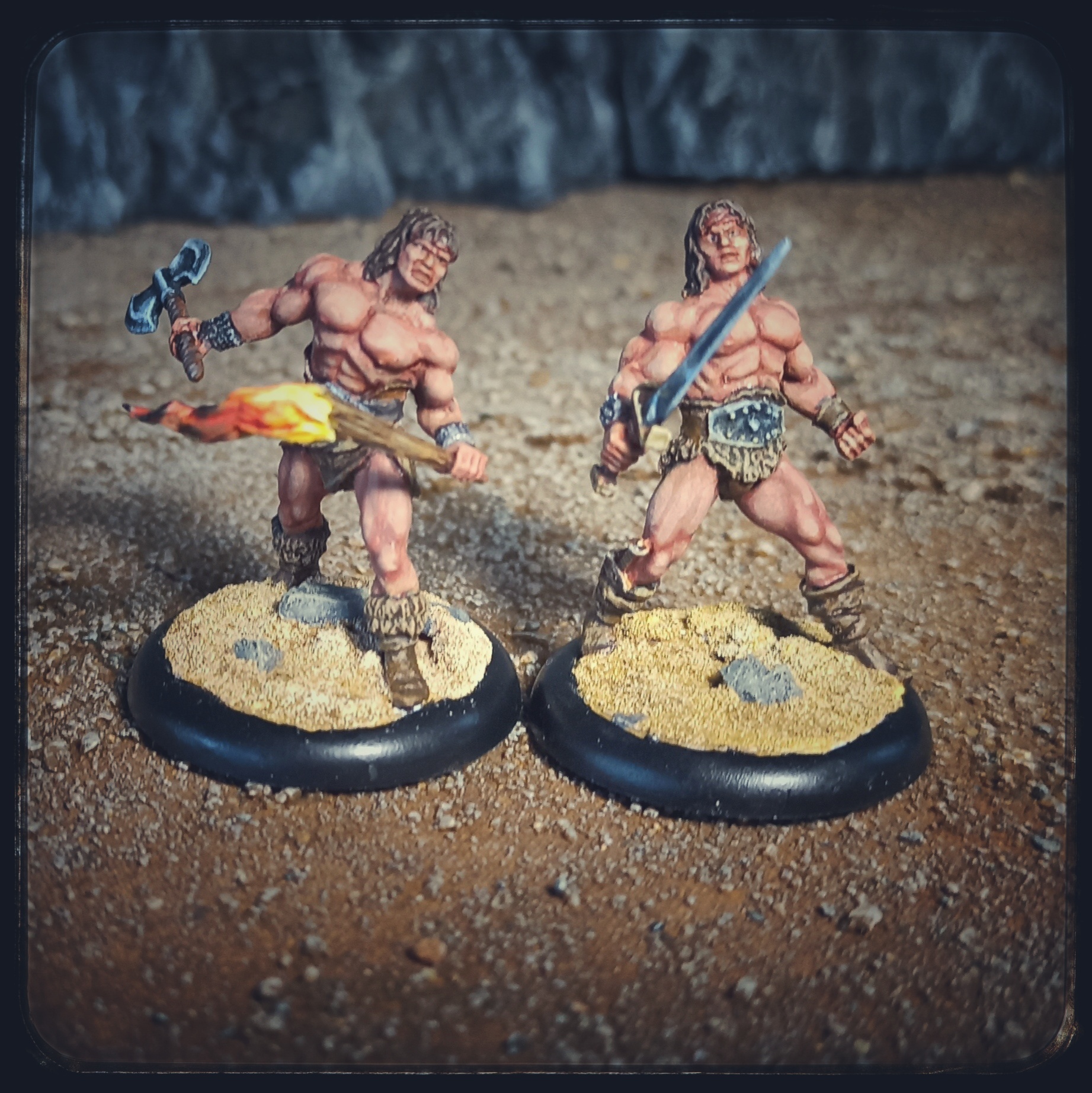 These miniatures should be an exception in my collection: I didn’t know the movie (“The Barbarians,” 1987), nor did I know the actors. I had never heard of either, and I don’t think that was really a bad thing. If the gap in my education is more glaring than I think, feel free to write me a comment – one always likes to learn!

I had first seen the miniatures as greens on Facebook, they were apparently a private commission from Boris Woloszyn. When Elmar from Elladan then announced that he may include them in his store, I had to strike immediately. From Boris I would buy almost any mini and then still dynamically great modeled barbarians? Take my money!

After the purchase and some research, it was clear to me where the inspiration came from. “The Barbarians” is a trashy looking, yet relatively lavishly produced fantasy film. The story doesn’t matter, the main actors don’t matter, after all no one takes themselves seriously. The film still had to be seen. Too many words need not be lost here I think. However, I got what I expected, would have had with a few beers probably even fun and to look at the side, he was actually really okay … for what he wants to be.

Anyway, I really like the figures. They are wonderfully modeled, excellently cast and they come with various hand options for all four hands. Among them are various weapons, the torch, a fist and a severed wolf head (scene from the movie) – funny idea.

That was a somewhat different process. It was fun and sometimes you just need a nice trash movie. But these twins have to be explained to me again.