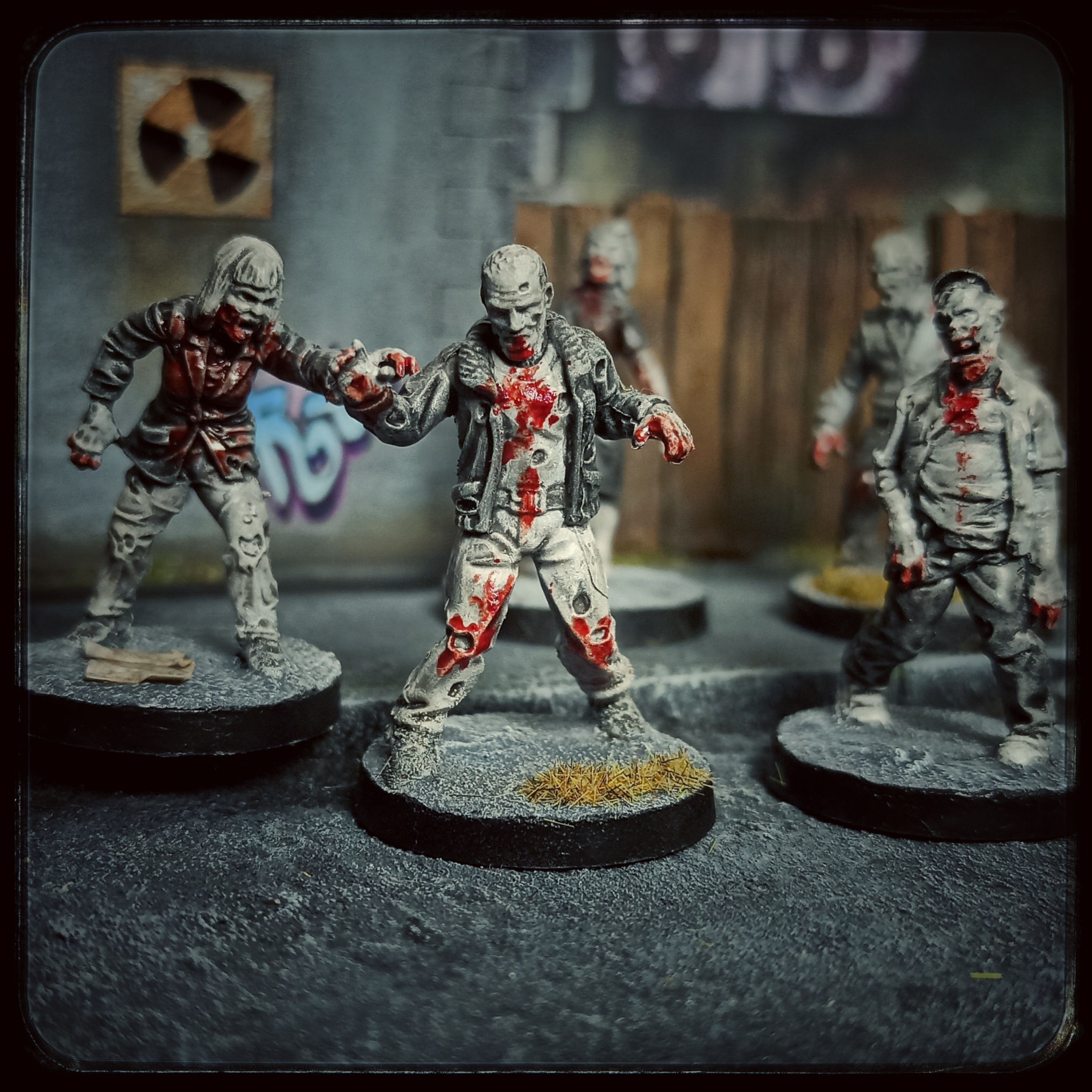 For the crowning conclusion of “Zomtober 2020” and after the zombie-experienced Jill Valentine a few days ago, it’s now time for some Zombies. Granted: For me, too, the topic of Zombies has been overstressed. I feel it is mainly due to the hype and decline around The Walking Dead TV series. But maybe it is also due to reality.
Let’s start with the Zombies. I have always had a soft spot for end-times stories. From more wacky versions like Mad Max or Waterworld to emotion-killing realism dramas like The Road. I also always enjoyed the classic genre greats in the Zombie genre, especially George A. Romero’s cult films. As I often said before, I am not a very horror fan. But the classic Zombie stories are actually films that reflect and criticize our society and the capitalist system. Behind all the splatter there are usually serious concerns and messages. This was already the case in Dawn of the Dead and it was still the case in 28 Days Later over two decades later. The zombies are ultimately a metaphor for every form of collapse of societies, small or global. What does this mean for people? What does it do to them when they are torn from their wealth and suddenly have to provide and protect themselves completely self-sufficiently? How do they organize themselves when there is no longer any social order? Exciting questions, which are often the main subject of the stories.

It was exactly these questions that had me so excited about the comic series The Walking Dead. While some people criticized that especially in the later course of the story, the Zombie threat is hardly ever mentioned, the series actually follows the very topics that interest me: Existential fear, loss and cohesion, social and political organization and much more. For me, the comic series is mostly of high quality and is definitely read from time to time. Unfortunately, the TV series has continuously dropped after the very strong first season and had only won with the appearance of Neagan through the insanely gripping portrayal of Jeffrey Dean Morgan. But that also flattened out quickly and at some point the series lost me in the middle of some season. The following news, trailers, spin-offs, everything didn’t interest me anymore.
In general I have to say that the topic Zombies doesn’t appeal to me anymore at the moment. If there are interesting new impulses (The Girl with all the Gifts), then I’ll have a look at it, but actually the topic is done. Only Train to Busan was fun. Probably it was the novel approach that turned the general extreme situation into a compressed extreme situation: Zombie plague in a moving train? But the train better not stop? Have fun! I’m definitely looking forward to the sequel Peninsula, which is currently playing in theatres.

The problem with reality. As I said, end time stories always had a great fascination for me in film, literature and video gaming. For example, I liked The Crazies from 2010, which was a remake of George A. Romeros Crazies from 1973. The remake was a conservatively narrated pandemic movie, which apparently conveyed its political criticism a bit better than the original (which I never saw, but with which Romero was probably not satisfied even in this respect). Here, too, the Zombies were merely the vehicle to tell the story of the survival of individuals and then of an entire society.
In 2020, reality has unfortunately caught up with fiction in parts. We do not have Zombies, but we do have viruses. We have social lockdown and quarantine. Social life is coming to a partial standstill and conspiracy theories are springing up. Sometimes even the Bundeswehr (the german forces) is deployed inside the country (which usually is not allowed due to our learnings from Third Reich) to help with civilian tasks, because the authorities are overloaded.
All this is not apocalyptic, but it is completely new in this dimension and it clashes with fictional scenarios in many places. When we see pictures of overcrowded hospitals and nearly collapsing health care systems or of anonymous mass graves in Brazil, it is unfortunately not far from the disaster images from films that have been rehearsed for decades. This is bitter reality and, at least theoretically, worse things are conceivable. In Germany, some unteachable people are fighting with all their might against the alleged imposition of having to wear a breathing mask. It is quite conceivable that quite different restrictions could be necessary and, in case of doubt, must be enforced by the state. Possible scenarios of state intervention against parts of the population to contain a pandemic are not unrealistic. Unfortunately, this has already been extensively researched in literature, film and video games.

In these times, do I want to give myself fiction that takes this reality to the extreme? The state of the world in 2020 cries out for good news, positive developments and surprising turns in the right direction. This does not mean that there have to be only entertaining stories now. As I said, I’m looking forward to the Zombie sequel Peninsula, but in general these movies don’t entertain me at the moment.

Why did I paint zombies after all? First of all, I had the miniatures and wanted to paint them for a long time. Second, I had something special planned with them. Thirdly, I hadn’t dealt with any Zombie theme for months and hadn’t expected how little that would give me at the moment. The now painted figures are only a small part of the amount I have. The rest will have to wait for now.
Nevertheless: For the circumstances the figures can’t do anything. They are from Mantic from the game The Walking Dead and come either with the basic game or as boosters with a human character. With time they just accumulate until they become a real horde. I like the fact that they all have individual poses and are basically miniatures full of character. The game is a realization of the comics, not the TV series. The characters therefore correspond to the comic designs. The zombies are really well done and correspond absolutely to the original. I wanted to stay close to the template with the painting because I like the comic series so much. When I saw the tutorial of TWS, in which these zombies are also painted “black and white”, I knew that mine should look exactly the same. I followed the tutorial exactly and I’m really happy with the result. If you want to try it as well you will find it here (even though it’s in German you should be able to follow the steps):