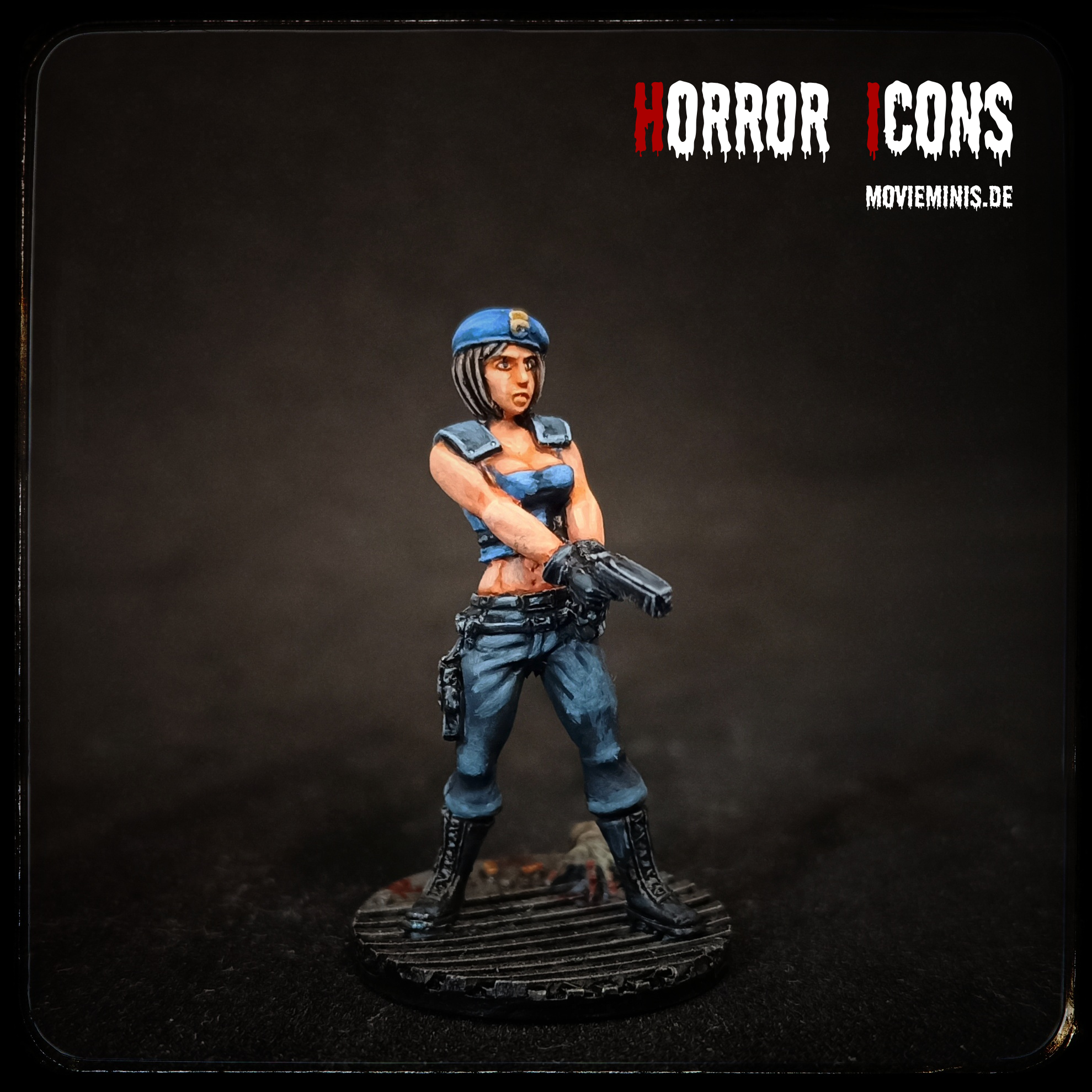 The next character in my Horror Icons series is the first video game character (I had Lara Croft in the movie version). Jill Valentine is one of the two protagonists of the first Resident Evil game in 1996. I never played a Resident Evil game myself, but at least I sat next to a friend and watched a lot when heute player this first part. I watched all of the movies, but with decreasing enthusiasm. Resident Evil was always trashy and focused more on the T-virus and especially abstruse and dangerous mutations than on Zombies. Nevertheless, I found the first film relatively successful in the context of its presentation and liked the later films less and less. I hardly dare to say it, but in fact I really devoured the book series on the games at the time. They were more or less oriented to the games and were of a strongly fluctuating quality. If I remember correctly, at least the first and third books were pretty good implementations and the majority of the books were at least excitingly written. The status of Resident Evil in the history books of video games should be undisputed. So I found Jill Valentine a fitting addition to “Zomtober 2020”, even though the movies are truly not masterpieces.

The miniature of Jill Valentine is from Zealot Miniatures. Zealot only produces resin miniatures of excellent quality. The casting was outstanding, I literally didn’t have to clean anything. The design is interesting, it is a mixture between the classic Jill Valentine in police uniform from the first game and the civilian Valentine from “Nemesis”. To my knowledge she was never seen like that, but both outfits have their fans. The tight top doesn’t make sense to the rest of the uniform though. Also the cleavage is bigger than in the original – a design decision that probably nobody would have missed. Anyway, all in all I find the miniature very nice and a fitting homage to this figure. By the way, it was delivered with a designed base. Zombie hand and cartridge cases add much to the atmosphere.