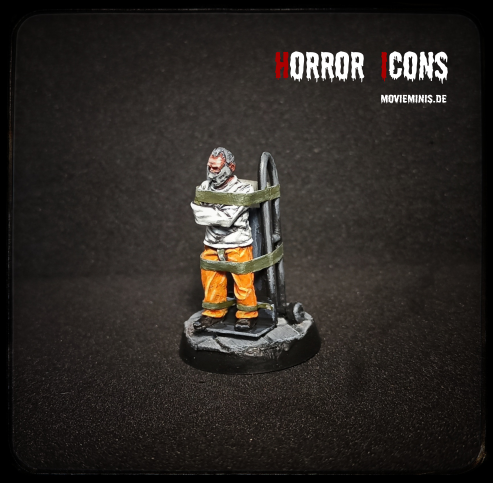 Hannibal Lecter was also an iconic figure known long before I could see “The Silence of the Lambs” for myself. At the same time, it is one of the few films that was devalued for me afterwards by reading the book. It is often the case that one reads a book first, then sees the film, and the film usually cannot match the book. If I first see a film and then read the book, I usually bring the cinematic images in line with what I read and it mixes quite well, so that it doesn’t harm either of them. After watching “The Silence of the Lambs” I was so fascinated by Dr. Hannibal Lecter that I read all the novels in the series by Thomas Harris. Although I always had Anthony Hopkins in mind, I developed my own idea of Clarice Starling and detached myself strongly from the film. I devoured all the books, saw the sequels and prequels only for the sake of completeness and found all of them not so good anymore. As far as the books are concerned, “Hannibal” was the highlight for me.

It’s no surprise, of course, that of everything that makes up the film, Anthony Hopkins’ performance is the only thing that passes the test against the original for me. I just can’t imagine him any other way. The performance of Mads Mikkelsen in the series “Hannibal” was also an interesting alternative approach for me, but nothing that really captivated me. Anthony Hopkins as Hannibal Lecter remains the non-plus-ultra for me. I have been thinking for a while whether he belongs in my “Horror Icons” series. While the films are certainly not horror movies and it’s other aspects that fascinate about Hannibal Lecter than mere cruelty and cannibalism, for me the character is still one with an iconic status of evilness, serving as a stereotype of the “civilized” abysmal. When one thinks of Hannibal Lecter, one thinks of an intellectual and cultured, yet emotionally cold and border-crossing mass murderer. For me he has his clear place in a Hall of Fame of horror, even if he doesn’t really belong to this genre.

The miniature is from Studio Miniatures and depicts him in the legendary interrogation scene with straitjacket and face mask. The immobility caused by the fixation on the cart is part of the atmosphere for me. Not only are his arms tied, the man is prevented from the slightest movement at all, that’s how dangerous he is. That is why I wanted to give my miniature the cart. It was quite a challenge to build it myself in the right scale. The frame is made of aluminum wire which I carefully bent, some parts are made of plastic cardboard, the wheels are tiny parts which I cut off a special dowel and the straps are green stuff. The figure itself is unchanged, except that I bent the legs a little bit.

I am quite satisfied with the result. It captures for me the dangerousness of the moment and presents Hannibal Lecter as he should be presented appropriately – otherwise maybe in a suit with a glass of wine in his hand. I’m not satisfied with the painting, but it doesn’t look as dirty in reality as it does in the photo.

Another icon of horror will be available this month. For this, I will enter the world of video games for the first time!