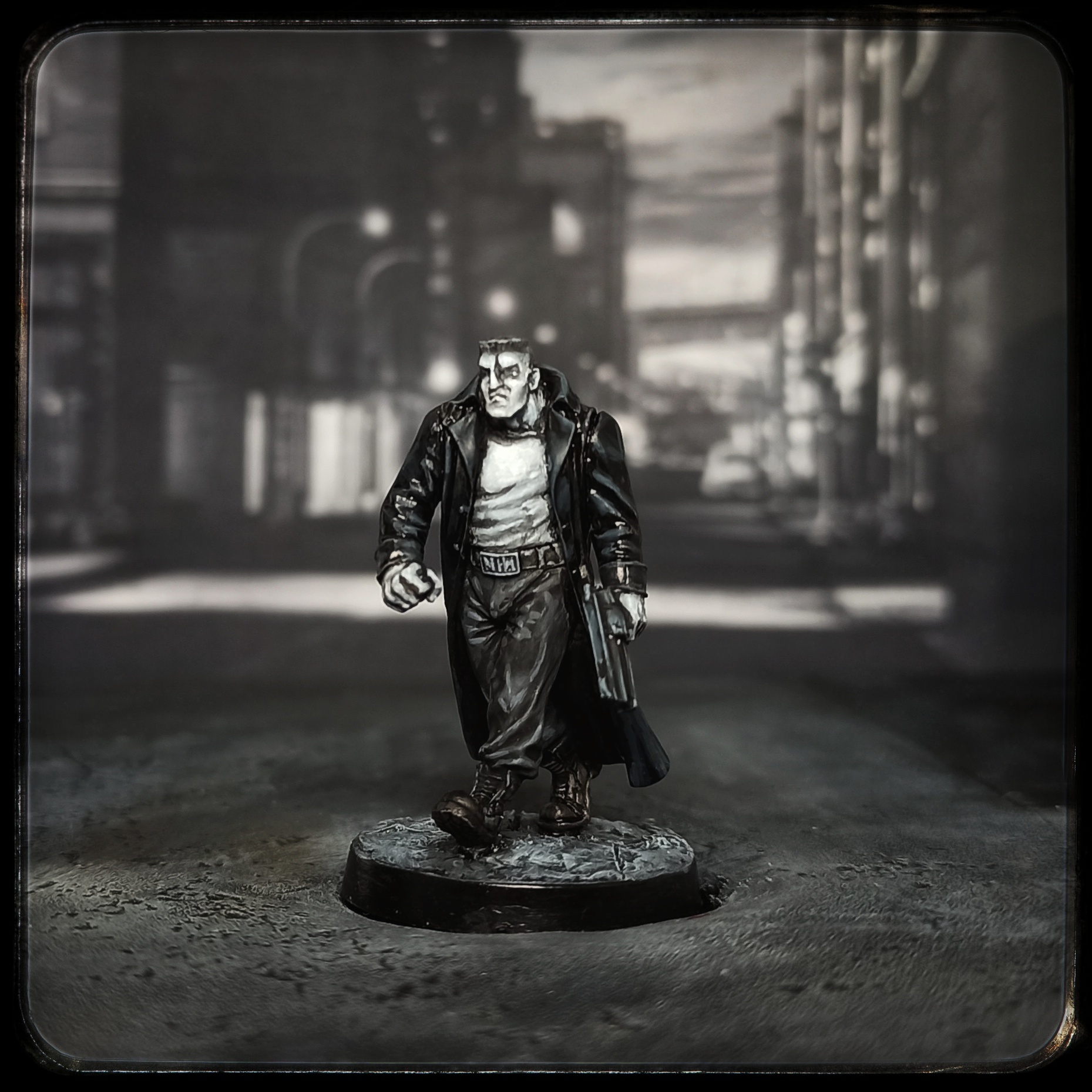 A somewhat more unusual painting project is Marv from the film/comic Sin City. At least among my readers presumably all of them know the film and know that it, like the original, is staged in black and white. Only a few color accents are set (blood, a red dress, lipstick). With the embodiment of Marv, Mickey Rourke celebrated a furious comeback in 2005, even though he himself was hard to recognize. The performance remained impressively in my memory – I generally liked the film very much. Of course I had to have the miniature of Marv from Hasslefree. Others are need be scratchbuilt, because to my knowledge there are no other characters as miniatures available.
It was clear to me that I wanted to paint Marv in black and white or grayscale as well. Maybe with a contrasting blood effect. When user dark.elf.girl on Instagram recently called for a painting challenge on exactly this topic, it was the best reason to finally give Marv some color. No sooner said than done. I am quite satisfied with the result. I decided not to use red contrast, because I was worried that it would overload the figure. When I look at the photo like this, it might not have done any harm to make it look more than just a black and white photograph.
If you want to have a look at the other entries in the competition, you can look at Instagram under the hastag #greyscaledare. Marv would ask: “Is that the best you can do, you pansies?” I see a lot of awesome and very interesting ideas that are worth a look.