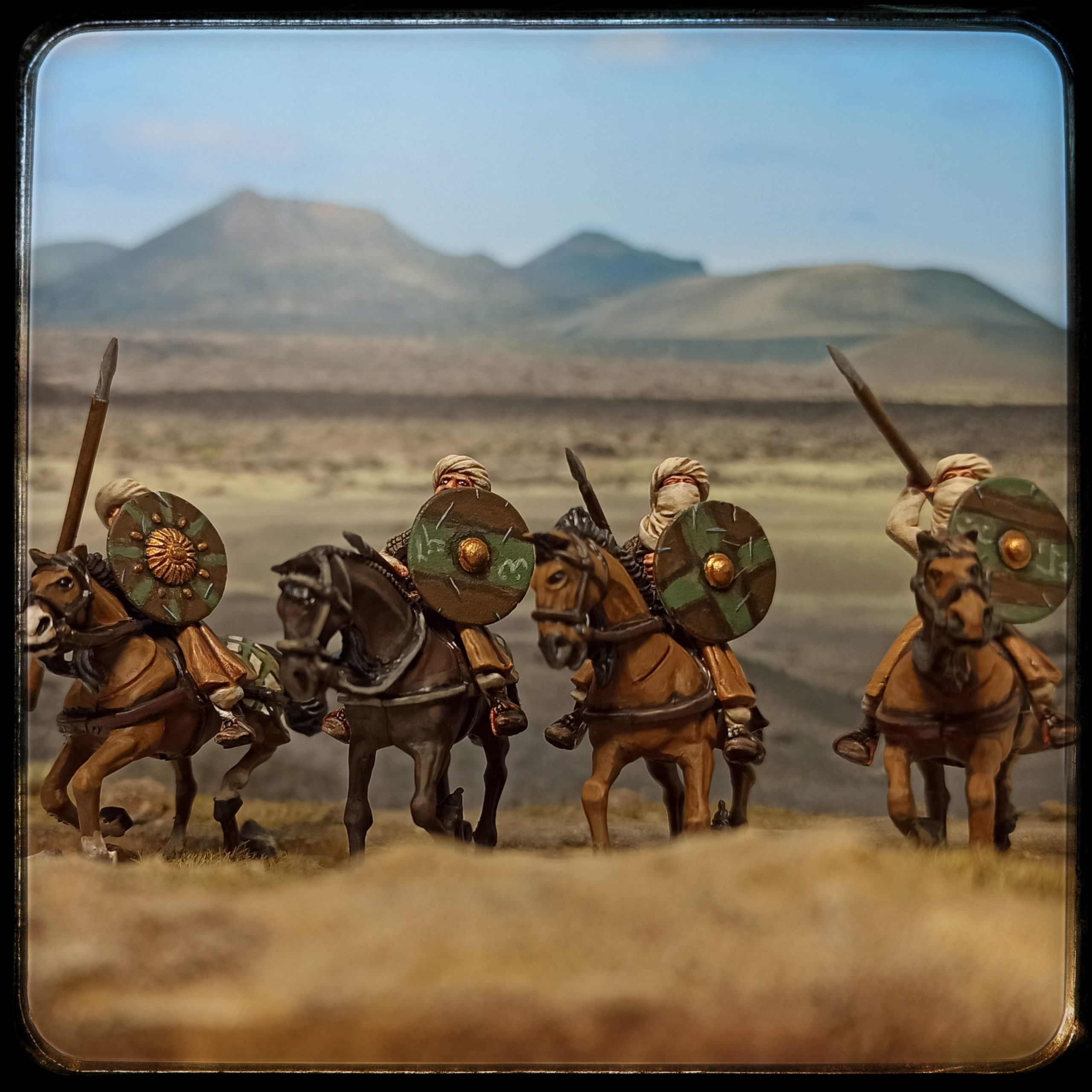 The first task in the “Heerschau” was to paint one point of veterans. As mentioned, Moorish veterans are always mounted and I had already decided to use the plastic models “Arab Heavy Cavalry” from Gripping Beast. I also wanted to try painting the rider and mount separately and so I first cleaned, glued and based the horses. As bases I used the metal bases from Stronghold Terrain, but for now I did without the magnets. As fine sand I used baking soda with a few stones. After application, make sure to seal it again with a layer of glue!

I used to hate painting horses and I didn’t really enjoy painting those horses here, that were the first after 16 years (it’s not because of the models).

For my Moors I chose a narrow color spectrum with brown and light tones and color accents in green. All in all this results in a very uniform look, which is of course completely unhistorical. As far as I know, medieval Muslim armies of the Orient, North Africa and Andalusia had hardly any uniformity. They were composed of members of different tribes, each of them wearing their own clothes. Strictly speaking, a Moorish army would have to be very colorful and individual. There are many fine examples of this. But on the one hand I didn’t have the time at the back and the front to dig up such an elaborate army, on the other hand I just wanted to paint an army with a uniform theme. My last of this kind were the 6th Edition Bretonnian for Warhammer back in 2004 – at that time I already had to paint many horses 🙂
Even if I may alienate fans of historical correctness now I am satisfied with my decision.

The first four veterans are finished and I like the uniform picture very much. Under time pressure they became a bit more unclean than I wanted, but I can do that better next month with more time. Anyway, I like the overall impression.

Next month it will be 1 point warriors (=8 models).