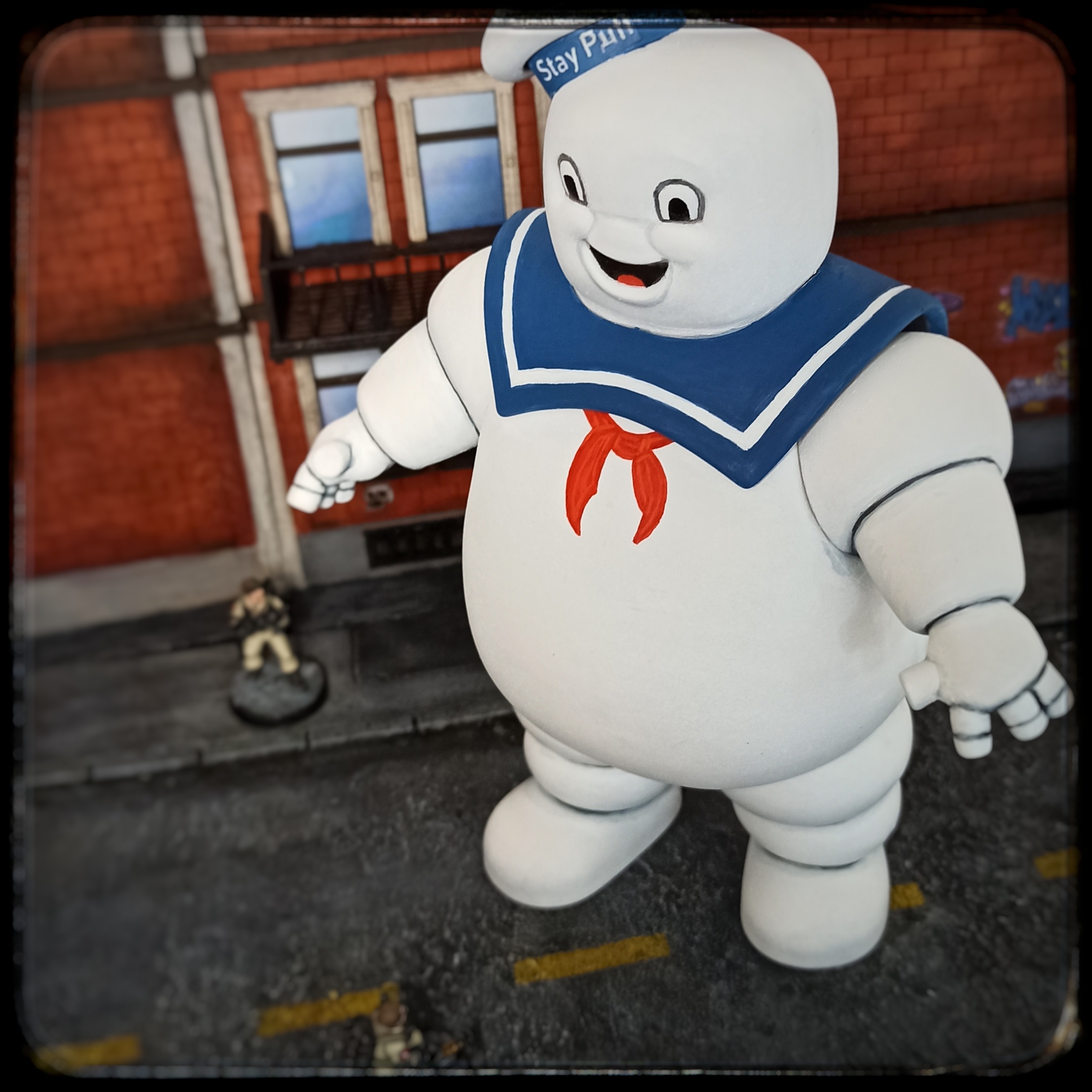 Yes, okay, the idea was completely insane, right from the start. Nevertheless, I wanted to go through with it.
When I started again with this wonderful hobby two years ago and decided to first collect various miniatures from film and television and present them here, it was clear that I would need props for a little bit of staging. Cars, appliances, objects. Especially civilian cars are available in this scale by toy companies, mostly painted and for a few Euros. Unfortunately, I don’t like it when I have hand-painted figures next to machine-painted vehicles. It does not look organic, obviously two different products are combined. But for my photos I wanted a uniform look. Therefore I decided that I paint everything I use by myself, even already finished vehicles (this happened e.g. with the Tumbler).

Well, in principle I still stand by the decision, because I still find it more beautiful. But this decision means that there is a lot of time steht to paint things that are already (perfectly?) painted. This is boring, often monotonous and somehow also unnecessary. Do I continue with it? I think so. But I’m not quite that convinced anymore.

When I bought the Ghostbusters from Crooked Dice and was looking for more characters from the movie (e.g. the Terror Dogs), I knew that I really wanted a Marshmallow Man. Nobody in the tabletop sector has made one, but there are several toys that more or less fit. At the Tactica I once saw one that was, I think, originally a money box. I chose the one from Playmobil, because it is not oversized, but still has a nice size next to 28mm miniatures and is also attractive in price. Since it is a Playmobil, it was of course already printed and actually quite nice to look at.

Despite this, I had made this decision and so I started the revision. Some columns were first filled with green stuff, then the whole model was primed in grey. Then I started to apply thin, white layers. I didn’t want a uniform white picture, but a plastic, halfway realistic look. So I chose the additionally exhausting way. Well, the procedure is actually not particularly motivating. It took me more than a year to finish the Marshmallow Man, whereby he mostly just stood there and looked at me pitifully.

Finally it is now finished. I’m absolutely glad that I can finish this literal madness project. Was it worth it? Not in any way. It looks the same as before, but of course more dilettantely painted. Sure, somehow it’s also more charming, he actually looks more organic next to the other figures. But the effort is not really in proportion. In any case, I have never wished for an airbrush so much. Probably the project would be realized in no time and the result would be convincing.

Anyway, the “Stay Puft” man is now finished and I can make a hook to the first real long-term project.