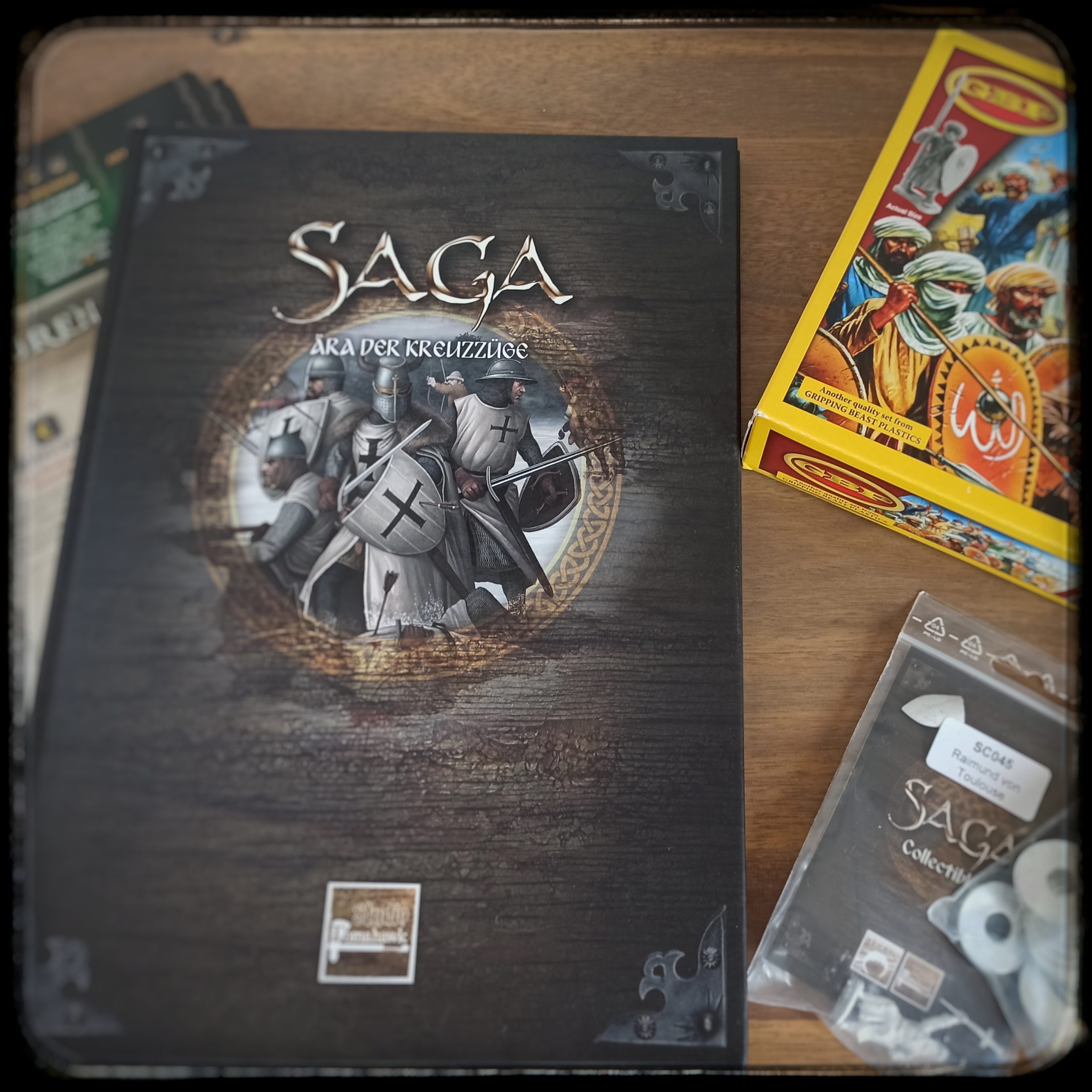 Half a year ago I wrote about the fact that I wanted to play again and decided to go for Saga. Since this year 2020 is like no other before, nothing has come of the plan so far. To the rescue came recently Fabian from the german podcast “Krauthorn“. We know each other from the local GW and Fabian suddenly asked if I would be interested in starting with Saga and if we want to do this on Facebook as part of the “Heerschau” project in the German speaking Saga community. The “Heerschau” is a kind of challenge, proclaimed by Mirco from Stronghold Terrain, in which monthly tasks are set for half a year. It is always about painting one point, in January one point veterans, in February one point warriors, etc. All those who complete all monthly tasks will receive a nice voucher for the Stronghold Terrain store at the end. But of course the main goal is to motivate the participants to finish their armies quickly and to motivate them by showing and commenting on each other.

Now we missed the “Heerschau”, but we still want to work it off for us as well. I liked the idea – a little self-made pressure during the army painting normally doesn’t hurt either. For Fabian it was clear very quickly that he wanted to raise a crusader army. Although I’m interested in many eras, for fun I also oriented myself to “the era of the crusades”. Since this is a pure fun project without direct comparison (we will probably never or not for a long time play against each other) I could have chosen what I like. Nevertheless, I decided to choose an opponent faction: The Moors. Since a vacation at the Andalusian coast and a visit to the Alhambra I was fascinated by the Moorish empire. The game mechanics also appeal to me (as far as I can judge this purely theoretically). In Saga, the Moors are an agile army where warlords and veterans are always on horseback. Together with mounted warriors, you could build a fully mounted army with many throwing spears. Since they are not very well armored and the Saga skills are strongly focused on fatigue effects, good tactics are essential. So far, however, I have neither played this faction nor have I ever played Saga myself. On paper, a lot of things read interestingly, but you know how far a tactic goes when you actually meet the opponent.

I have thought about whether I should give historically uneducated readers a short classification of the Moors. Since I have only general knowledge myself and am currently reading more, I humbly refer to the Wikipedia entry, from which I would probably quote again and again anyway: The Moors.

Back to the project. For the Moors, there is a whole series of miniatures, most of which deal with generally Muslim warriors in the Middle Ages. Whether Moors, Saracens or others, the miniatures are often the same. There are beautiful metal miniatures e.g. from the Perrys or from Gripping Beast, there are also some plastic sets from Gripping Beast. After some research I decided to go for plastic miniatures for the time being. I wanted to keep it simple and get the desired composition quickly. The Gripping Beast boxes with 40 warriors on foot (with throwing spears or bows, which I need both) and 12 mounted warriors (again with throwing spears) seemed reasonable to me. A few modifications might still be necessary. Since none of the models for warlords really appealed to me, I also decided to build the warlord from a plastic rider myself. So the first army project after 16 years is already a bit more demanding.

For the painting and design I have a few ideas, but I still have to think about it. First of all I will start with the assembling now.