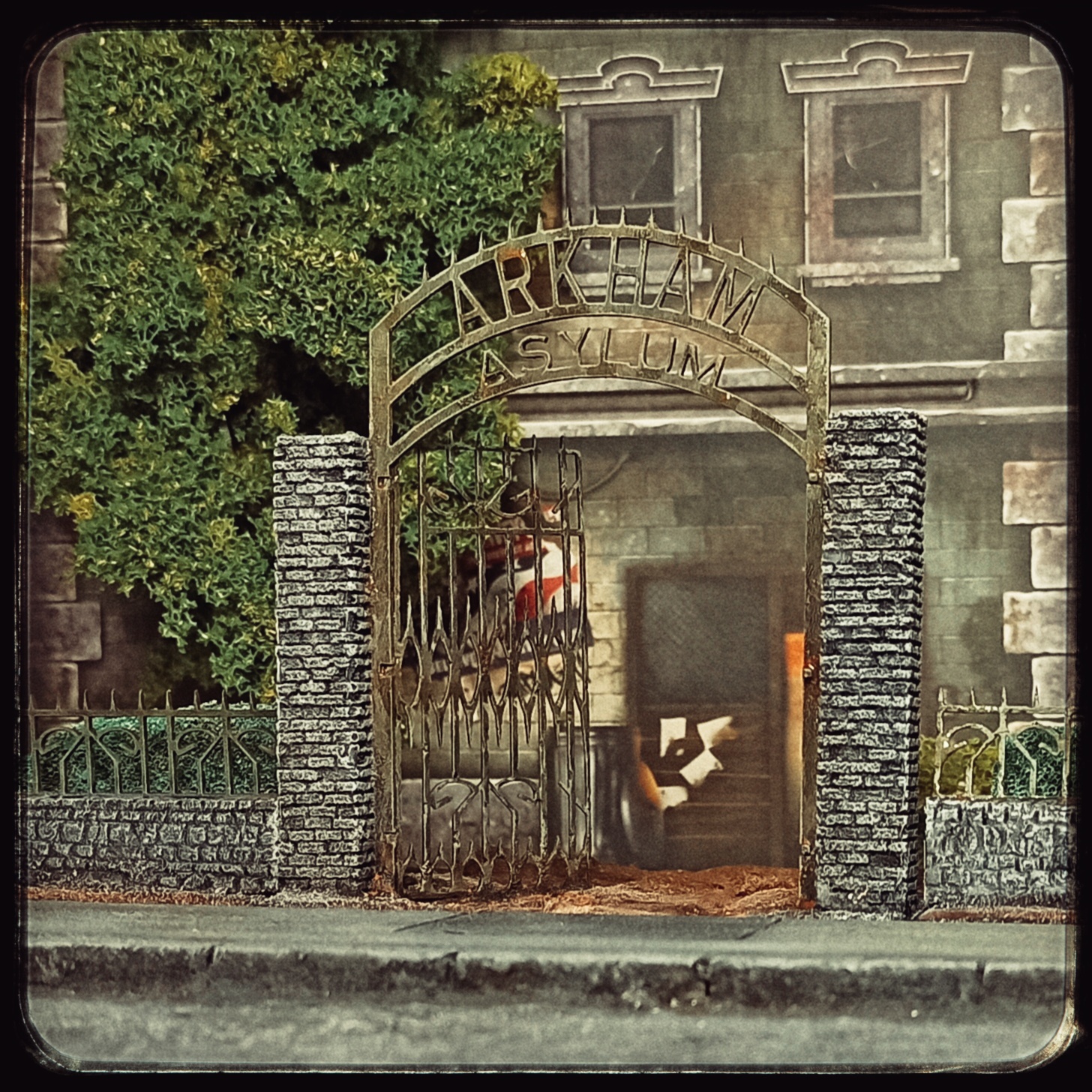 German podcast “Die Hobbyisten” called for a terrain challenge and I took that reason to start building my next terrain pieces. Until the end of August any terrain piece should be built, painted and posted under the hashtag #hobbyistenterrain. Since autumn is approaching and I have a lot of scary movies on my schedule again, I wanted to build a modular photo background: A cemetery setting framed by an old wall with an old, creepy gate. Fittingly, I found a great gate from Fenris Games, which is even labeled “Arkham Asylum”. Perfect for future Batman and Lovecraft pictures! The gate came with two brick columns and fence elements. I wanted to put the fences on suitable walls and so I made appropriate stones out of Styrodur and glued the fences on them. Bases were made from balsa wood, sand and stones. I tried making hedges from that grey foam our white metal miniatures usually come packed in, but I’m not really convinced by the outcome. Maybe I’ll rework them someday. They should be removable if I wanted pictures without hedges. All in all I like the finished piece although I’m not absolutely happy. Anyway, the challenge was a good to get my butt up and start with the next terrain project. Now let’s do some grave stones!