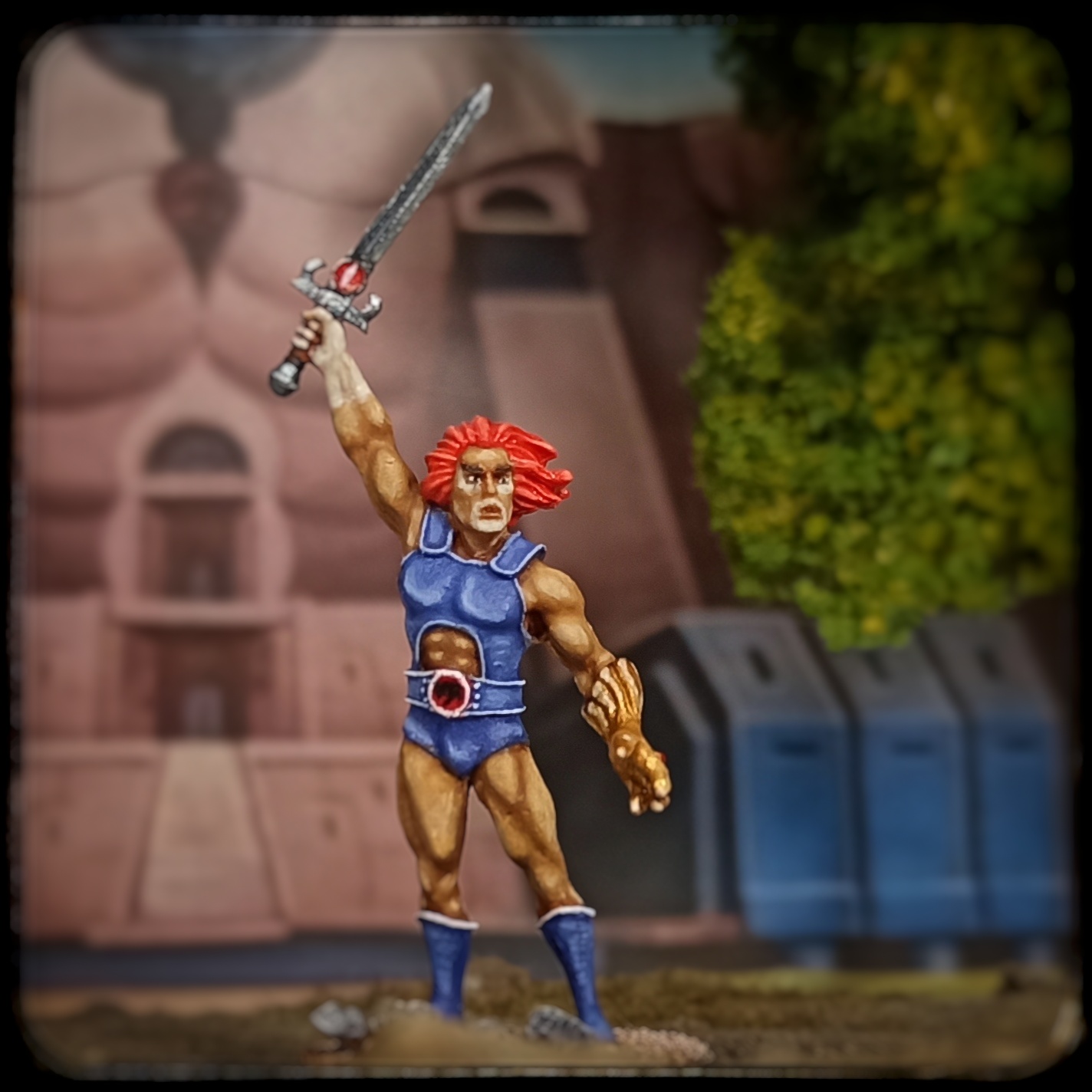 Well, it’s a little weird with the Thundercats. I loved the show back then, but now there was almost nothing left in my memory. Maybe the love wasn’t that big after all, but at least I liked watching the show. When Crooked Dice first announced the villain range around Mumm-Ra, I watched the old intro on Youtube again and suddenly a lot of things were present again. I also watched one or two episodes, but I realised again, that some things should be left to nostalgic memories. Nevertheless it was clear that I wanted the miniatures and since Crooked Dice also announced the heroes range I couldn’t wait for it.

Since July the miniatures are released and I started painting right after the little “Planet of the Apes” project was finished.
There’s not much to say about Lion-O and the others, because I don’t have anything to say about the series anymore, but I think the design still is pretty cool and the miniatures from Crooked Dice are once again amazing. The painting was really a lot of fun and I hope that my seven year old self would be a little bit proud of me.

In case you don’t remember the Thundercats (or don’t know them at all), here’s the Intro: