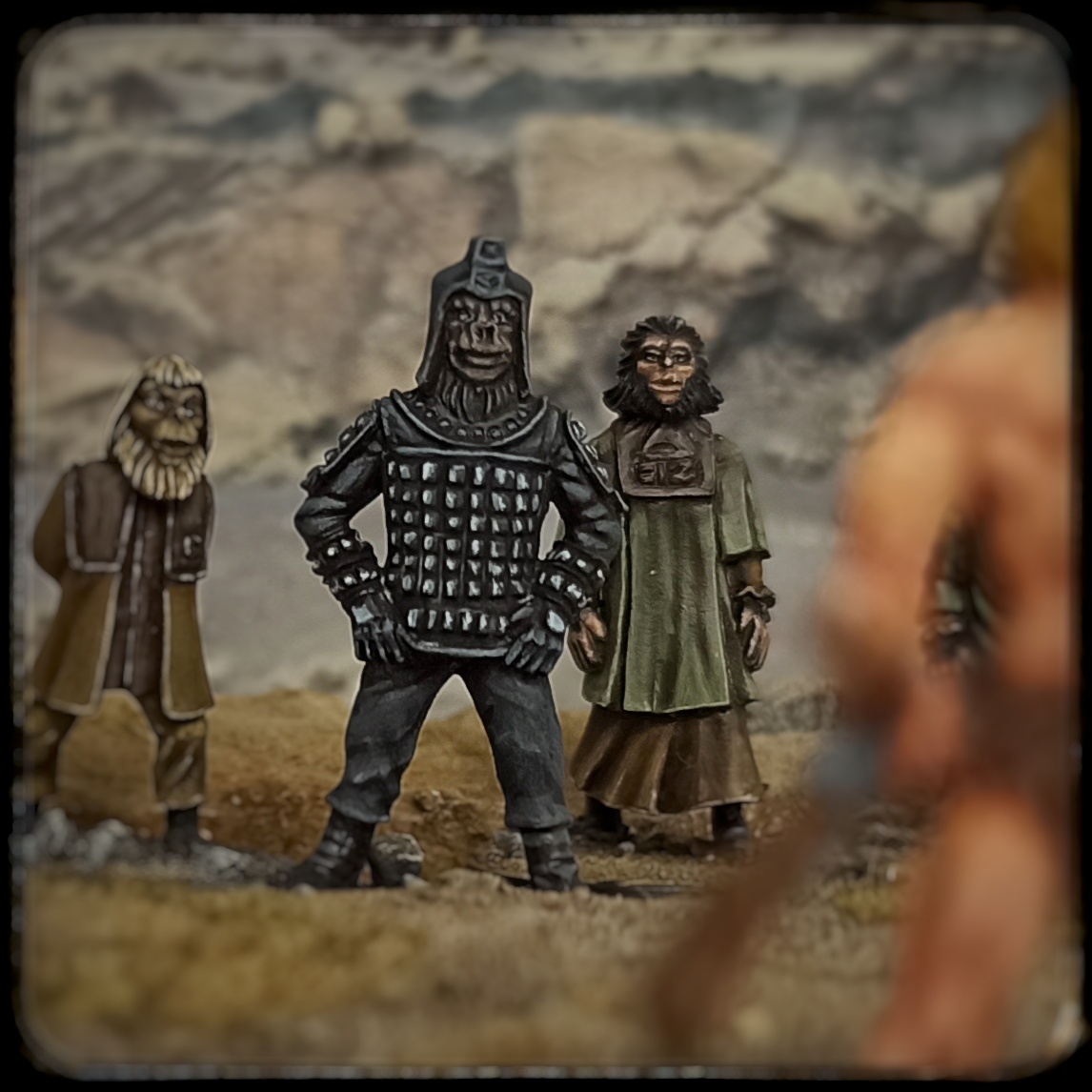 Last of the Planet of the Apes characters is General Ursus from the sequel Beneath the Planet of the Apes. Ursus is also from Crooked Dices set of Simians and the miniature again catches the original brilliantly. With my paint job I tried to stick closely to the colours of the movie, although it’s not too interesting with mostly black. At least the highlights were done with different mixtures to get various tones. I’m happy with the result, but instead of looking grim and terrifying Ursus smiles like he found a banana. Maybe he’s a good guy in the end!