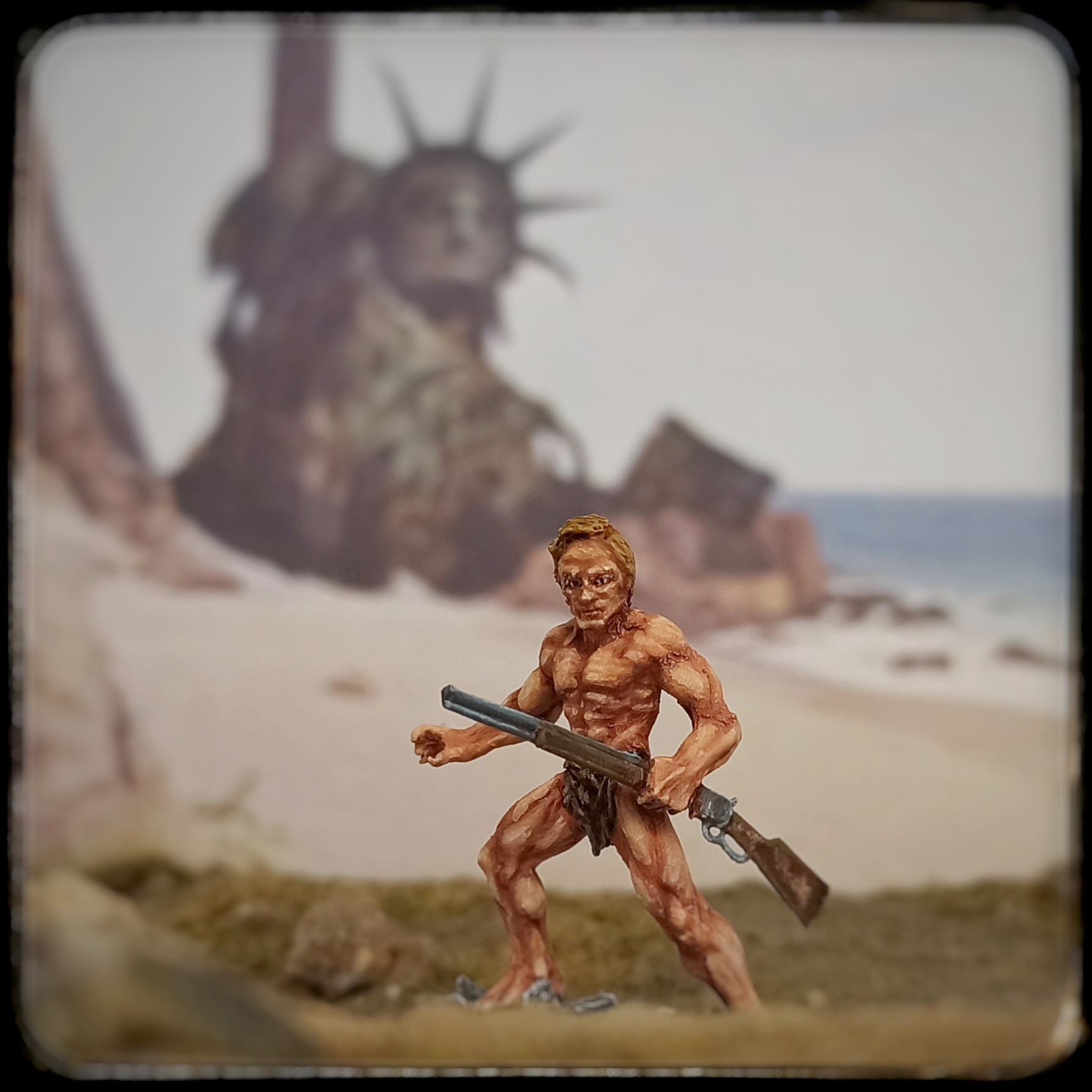 I always had a strange fascination for the old ‘Planet of the Apes’ movies, although I only realized the quality of the first film years later. Probably the great masks and the setting were interesting enough to inspire me as a teenager. When I saw and bought the beautiful miniatures of Crooked Dice, I knew that I also needed a Taylor (Charlton Heston). But to my knowledge there is no corresponding miniature available. After searching the whole Internet for a while, I Decoder to built it myself from the “Lord of the Jungle” by Reaper, which seemed to fit because of the loincloth and the pose. In his left hand he held a dagger, which I exchanged for a rifle and repositioned the arm.

Afterwards he needed a proper haircut. I filed off most of the long hair and remodeled Taylor’s hairstyle. Then I tried to file down the muscles a little bit, because Charlton Heston had a strong build, but was far from being so defined. Unfortunately, I accidentally ruined that with my painting because I unintentionally stressed the muscles again and now he looks pretty trained again. But in general I am very satisfied with the result. And now it goes to the Simians!