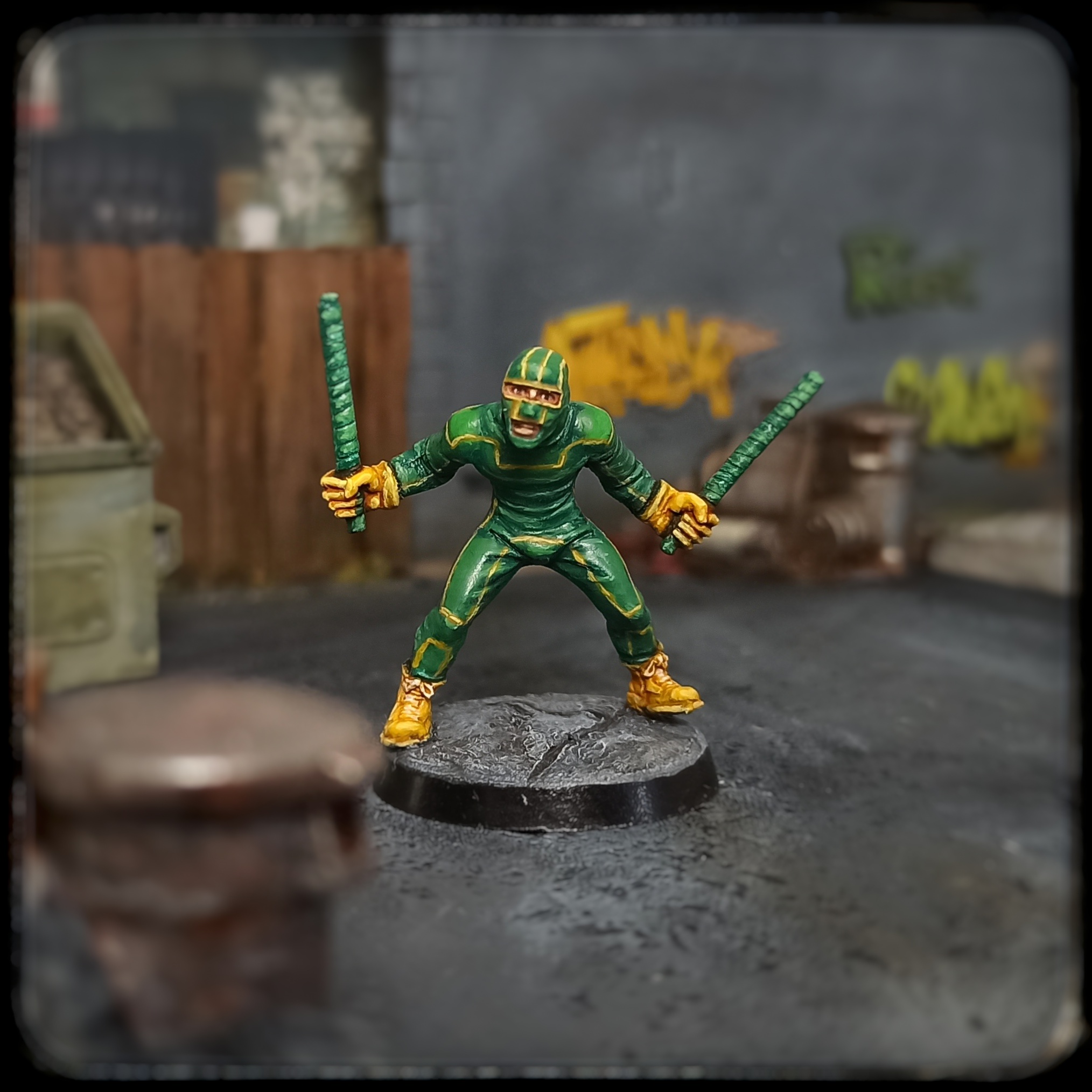 … this sentence was one of the many things that excited me about “Kick Ass” back then. There was a lot to laugh about, a well-known story told in a new and different way and some unforgettable characters. Kick Ass is probably the only comic adaptation for which I didn’t read the original, although I’m basically interested in it. I haven’t seen the movie for ages and I’m a bit worried that it doesn’t work that well anymore or that it may be too silly – that’s a problem with many aged comedies. All I remember about the sequel is that I didn’t like it that much anymore, that Jim Carrey was in it and that it was noticeably more brutal than the first part. Maybe I should just watch both again and see how well they work for me today.

The miniature is from Hasslefree in the usual quality – I don’t think I had to clean anything. The pose is great, it captures the uncertain determination of the role model very well. Next one is Hit-Girl. Now that I think about her dry humor I really want to rewatch Kick Ass 😎