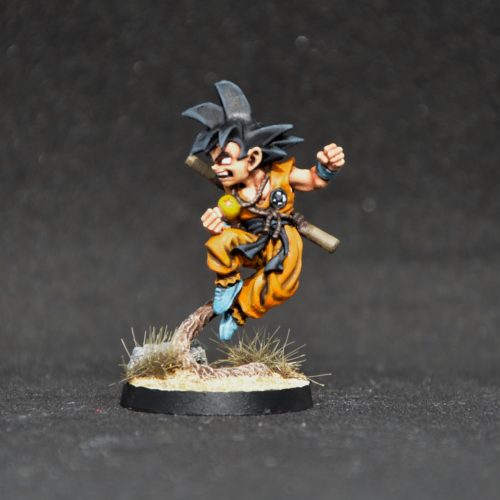 When I was in Spain a couple of weeks ago I found this awesome Son Goku miniature. Doing some research afterwards I found out that there is a small but vivid community of sculptors and fans who produce very nice Dragonball miniatures on commission base. Right now there seem to be some officially licenced games in developement by IDW Games and others, but until then that unofficial commissioned trade seems to be the only way to get in touch with some miniatures.

I wouldn’t say that I’m a Dragonball fan, but I read the bigger part of the mangas back then when the were released in Germany. The whole manga thing was new in Germany and Dragonball was the biggest hit, it was strange and exciting at the same time. Back then I loved Dragonball for being so unconventional, funny and crazy and for it’s completely over the top characters. The love didn’t really survive the mangas as I couldnt stand the Dragonball Z anime at all and therefore didn’t watch much of it.