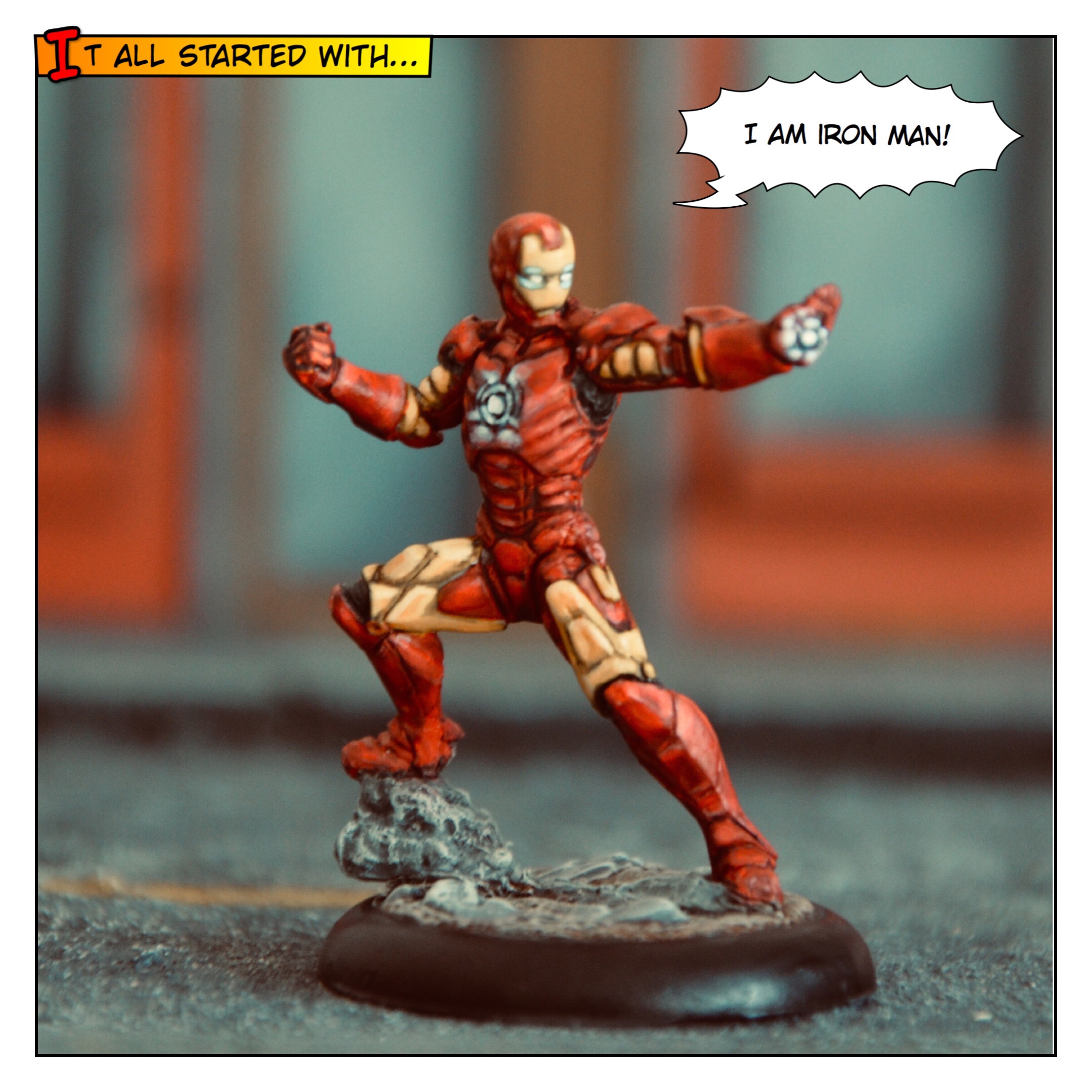 It took a while to finish Iron Man. I wanted to take my time to paint him as good as I can. Initially I planned him to be my first NMM model ever, but after priming him I tried to figure how I would paint all those small details on the miniature in NMM style and I wasn’t sure anymore if I should try that technique for the first time on such a complex miniature. Maybe I should try that sometimes with a sword or another smaller surface.
So I painted Iron Man the usual way, but I tried another technique for the first time: OSL. I wanted the suit’s arc-reactor and the eyes to glow, so I tried to really paint that on the surrounding suit. It didn’t turn out perfect, but I’m very happy with my first attempt. In general I like how Iron Man turned out and I think it was the right decision not to start with NMM.

With Iron Man beeing finished, the whole Avengers team from Knight Models Avengers box is completed now. There are already more crew members waiting for colour, but it’s a good feeling to take that first step.

[Spoilers for Avengers Endgame]
As you know from previous posts I’m not a Marvel guy. When the movie Iron Man was released in 2008, no one knew what was coming and how that would affect the whole superhero genre in the movies. I still love the first Iron Man and still think it is one of the best Marvel movies if not the best. What John Favreau did there lay ground for the whole MCU. Without doubt most of it’s magic comes from Robert Downey Jr.’s performance as Tony Stark, although the movie itself is a very good one. Tony Stark grew from a character I didn’t even really know before the first movie to a beloved hero, who will be missed. With him gone I feel like that first big arc of the MCU is round and perfect und done. For sure I will watch coming Marvel movies and TV-shows, but I wouldn’t need any of them to be honest. With Iron Man beeing my entrance in the Marvel world (and be it only to the MCU), I feel like I had my fun and further stories aren’t really one’s that need to be told. But one the other hand: Why not?
Thanks for the journey Tony Stark!