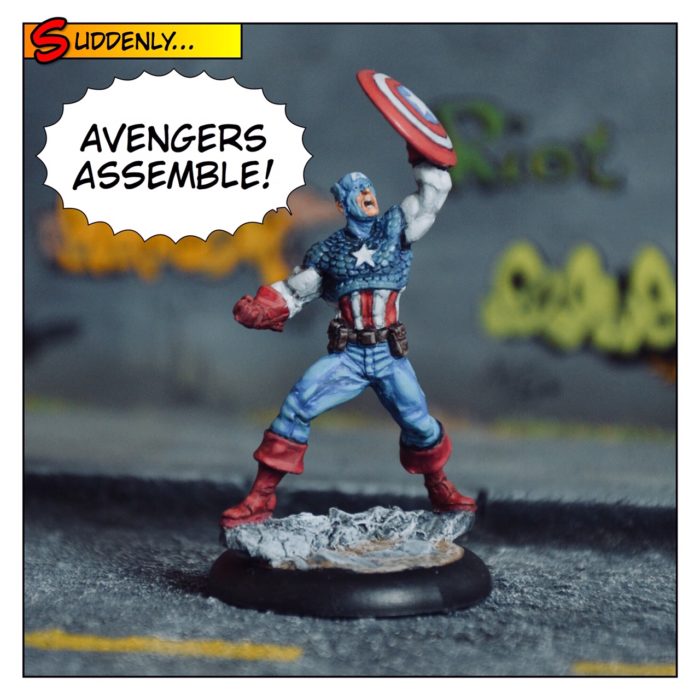 Starting with the Avengers today, I should mention that I didn’t read any Marvel stuff. I’m sure I would have loved a lot of it, but my childhood hero was Batman and when I startet to read the comics I decided that I stick with DC. Buying Marvel stuff as well would have been too expensive with the result to be able to afford less DC. So I stayed with DC and didn’t really know a lot about the Marvel characters until “Iron Man” came to cinemas in 2008 – but this post here isn’t meant to be about Tony Stark.

Instead of Iron Man the opening of the Marvel catergory is made by the first Avenger Captain America. I have to say that character always seemed to be not really interesting, which also was my impression when I saw the “Captain America” movie from 2011. Actually I liked the movie – it was a bit cheesy, but the origin story in the Second Worldwar had a lot of charme. What I still did not like so much was Captain America. I still couldn’t connect to him, he was just not interesting to me. That changed with The Winter Soldier, where Chris Evans’ character got more profile and started to fill the role of the teamleader. Now that the big, first chapter of the MCU is over and at least Steve Rogers turned down the cape, I think I might miss him. He really became an interesting character in the end.

The miniature is from Knight Models of their long oop range of Marvel miniatures. The casting was okay, as the Knight Models castings of that time in general were on a range from good to really annoyingly bad. As mentioned above, initially I wanted to start with Iron Man, but I put that one on the queue, because I want to try a new painting technique with Tony Stark. Painting Captain America was a joy, because he has that classic superhero costume and I was happy to finally paint blue on a miniature 🙂