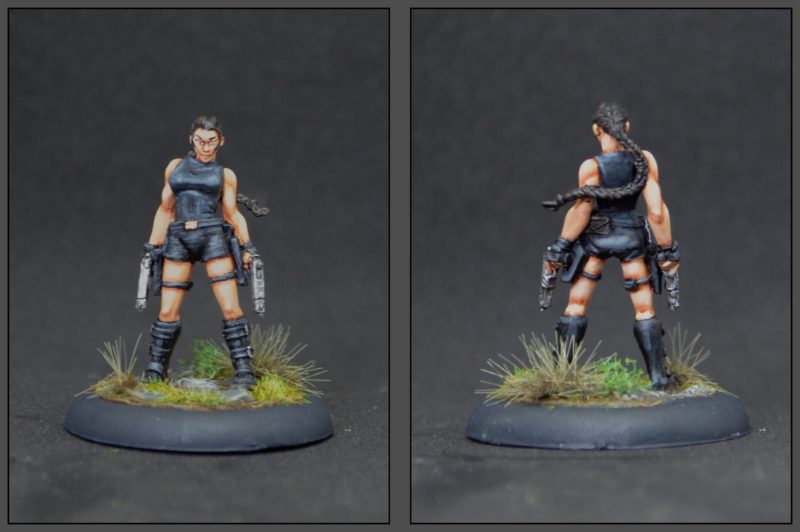 Altough I played a lot of PC games around the 2000s, I never played a Tomb Raider title. Still, back then Lara Croft became such an omnipresent popculture icon, that there was no way around her. When the first Tomb Raider movie was released in 2001 the pubertal me and my friends went to the theatre and we had a good time watching that flick although it must have been a pretty crappy movie. I never saw the sequel and I only saw the first one once again. Maybe it was just that teenager in me that made me buy the dvd, but after all Angelina Jolie clearly was Lara Croft coming to live. So, as a matter of fact, I had an excuse.

Time goes on. Apparently Lara Croft in the games has changed much as a character and in appearance and so did Lara on the screen. I have the feeling that Lara isn’t that iconic anymore, which may or may not be related to those changes but from all I know about that present Tomb Raider, those changes are very welcomed to me. Still, I didn’t play the games and I haven’t seen the new icarnation on screen. Someday I will catch up on the latter and be it at least because there are some stunning miniatures of the “new” Lara Croft out there I need to paint eventually.

Back to 90s Lara: Because of that iconic popculture status back in the days I wanted to paint a miniature of her. There are a couple of miniatures, some more game related, some more movie related. I chose to pick up the version done by Studio Miniatures. Initially I wanted to paint it right now because I was a bit tired of painting black suits or dark colors and aimed for Laras classic blue top and the brown shirts. Then I realised that Angelina Jolie never wore that in the movies, so I had to go again for a black outfit. Dammit!

Anyway, I really enjoyed painting her, it’s again a nice miniature by Studio Miniatures with almost zero cleaning to be done. I didn’t really like her face though, which looked a bit weird from the sculpt and even weirder with my paints on it. I tried to correct that a bit with painting eyebrows, which usually is a bad idea for faces in that scale. You simply can’t paint them the size they need to be (very thin) – or at least I can’t. Somehow I’m still quite happy with the result. So, long story short: That’s my take on Lara Croft (Jolie version). Thank you for reading!