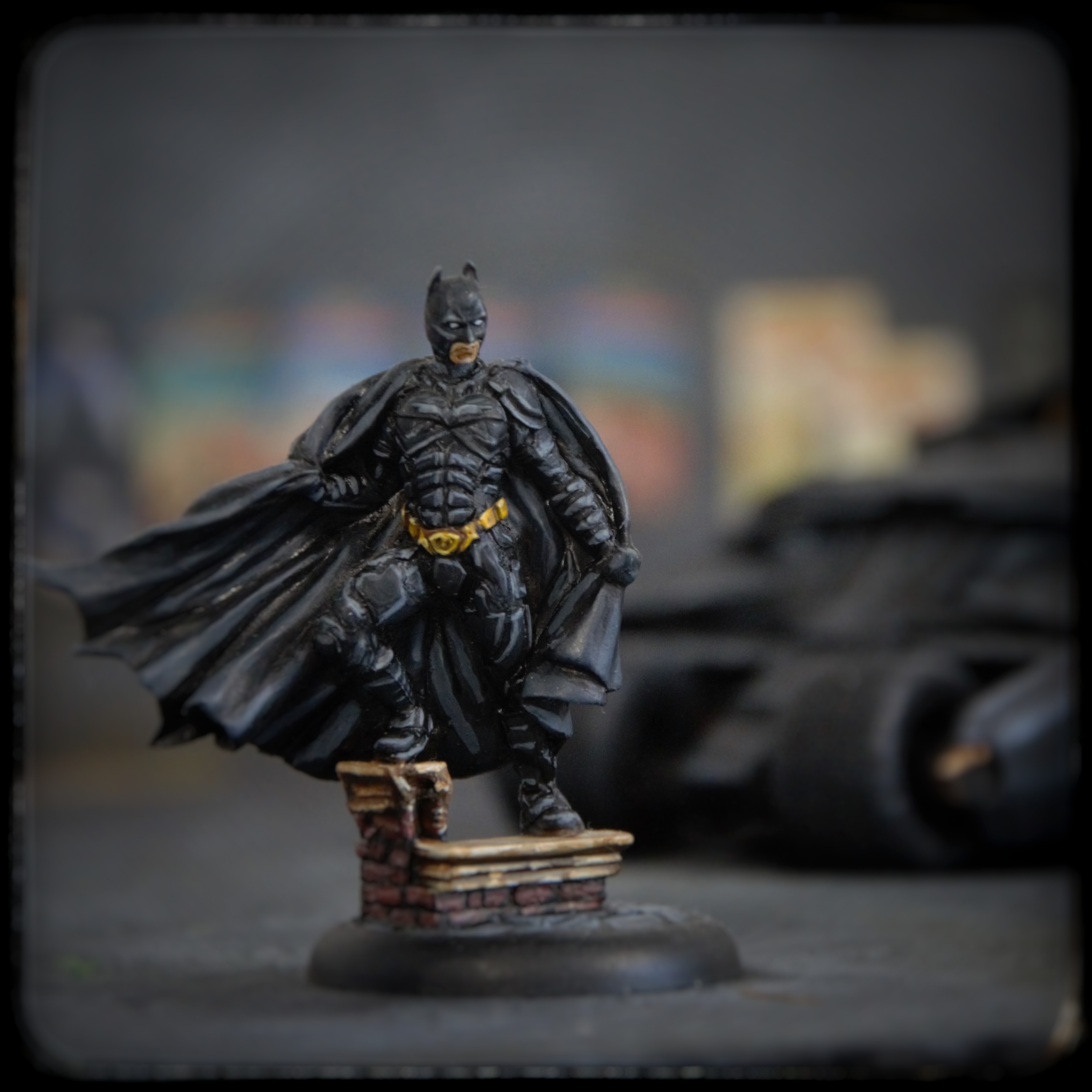 Ever since I watched Batman The Animated Series as a kid I’ve been a big fan of the Dark Knight. While I was too young for Burton’s Batman movies when they’ve been released, Batman Forever was the first Batman movie that I saw. Even as a kid it felt somehow strange to me altough I was super excited to finally see the Bat on screen. At the latest Batman and Robin made me realize that this was not the Batman I knew from the Animated Series. Like everybody else I then was completely blown away from Christopher Nolan’s dark and realistic take on the Dark Knight in “Batman Begins”.

Of course I had to buy the miniature by Knight Models corresponding with that movie. It was interesting painting and highlighting so much black – I think I learned a lot by doing this miniature: Try smaller highlights, dilute your paints stronger and build the highlights up more carefully. I still like how the miniature turned out.